A LIMERICK City councillor arrived at a meeting in the chamber this week dragging a huge bag of rubbish to demonstrate the litter problem first hand.

Cllr John Loftus (Ind) had drawn the ire of fellow councillors at a meeting last week when he described the city as “filthy”.

This week he collected rubbish along the two-kilometre walk from his home in Lord Edward Street to the council chamber in Dooradoyle, picking up bottles, bags, coffee cups, cigarette boxes and sweet wrappers.

“I could have filled the bag twice,” he told the Limerick Post. “People are just littering with no concern for the image of the city and they don’t care that they might be fined. I just wanted to show my fellow councillors that this is the reality of the situation.

Sadly, Cllr Loftus didn’t get an opportunity to demonstrate the extent of the litter problem with his ‘Show and tell’ as Chief Executive of Limerick City and County Council, Conn Murray, ordered him to dispose of the smelly bag before the meeting began. 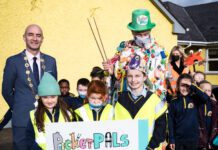 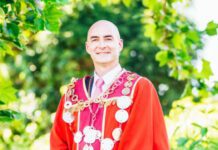