Deputy O’Sullivan, who is party spokesperson on business and enterprise, was speaking after the release of an economic profile of Ireland’s main airports for 2017.

The report, which was published by the Oireachtas, found that of the 34.4 million passengers travelling through Irish airports last year, 29.4 million of them used Dublin airport. This represented an economic impact of €8.3 billion.

“However, Shannon airport saw only 1.6 million passengers with an economic impact of €983 million. This comes after it was revealed that 96 per cent of the growth in Irish air traffic has been in Dublin.

“I am calling on the Transport Minister to take action to stimulate passenger growth at airports outside of Dublin such as Shannon,” she added.

“Shelving the plan for another runway in Dublin would be a start. If that goes ahead it will only draw more people to Dublin. Instead, we need a policy that encourages airlines and passengers to use the spare capacity at Shannon to its full potential.

“Dublin airport is choked and the Minister needs to develop an aviation strategy to use the spare capacity at Shannon. There are more than 13,000 people whose jobs depend on the airport and there is potential to grow this, provided Minister Ross pulls the finger out and focuses on his day job instead of concerning himself with the appointment of judges,” Deputy O’Sullivan concluded. 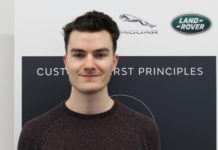