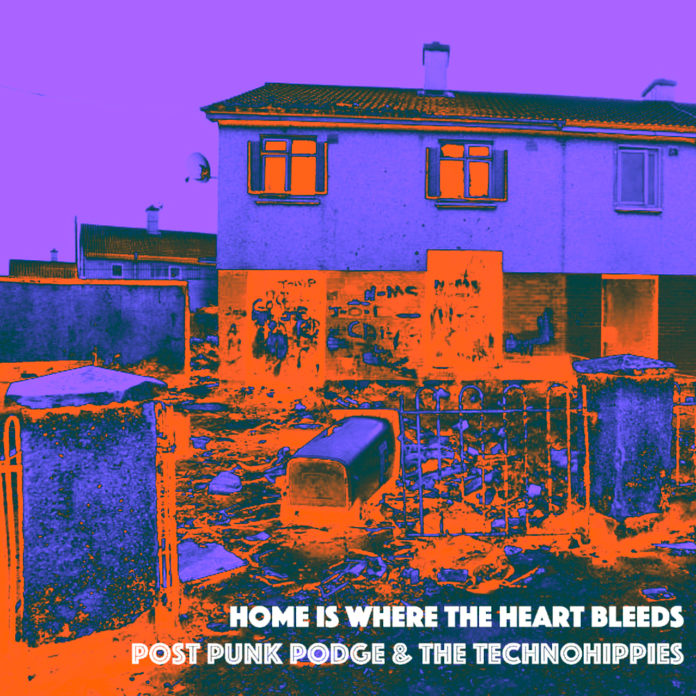 LIMERICK rap/ punk duo Post Punk Podge & The Technohippies have released a new and damn good psychedelic song with all proceeds from downloads going to the Novas charity. The song ‘Home is Where the Heart Bleeds’ focuses on Ireland’s homelessness crisis.

Podge states on his bandcamp.com page: “Novas do great work to help the homeless. You can pay a minimum of €1 for the song or however much you like. I will post a picture of the cheque on our facebook page when the campaign ends.”

Post Punk Podge & The Technohippies have released music since 2016. Their uncompromising output highlight social issues and social injustices. The EP ‘Kick Against the Pr*cks’ from 2017 raged against bullies and the establishment with a furious anger. Their live shows and festival appearances have earned the lads a killer reputation for ferocious noise terrorism.

Post Punk Podge & The Technohippies is described as a “figment of punk and An Post’s imagination.” The goal for this singer/rapper/musician from Limerick is to turn the symbol of the brown envelope from a symbol of corruption, deception and greed into a symbol of self-expression, defiance and laughter and The Technohippies are his accomplices.

The single and video was released with the support of promoters DIY LK.

To stream and purchase the song, log on bandcamp.comhttps://postpunkpodgeandthetechnohippies.bandcamp.com/track/home-is-where-the-heart-bleeds