LIMERICK Prison, which has an occupational capacity of 238, has averaged 248.5 over 18 quarterly census reports.

The quarterly Irish Prison Service (IPS) census reports also show that Limerick Prison, which includes both male and female prisoners, was also below or within capacity on three occasions.

According to statistics, Ireland’s prison population has increased this year for the first time since 2014, with the total numbers incarcerated on a daily basis regularly breaching 4,000.

“Recent improvements in the prison system are being undermined by overcrowding in Irish prisons, and the Minister for Justice and Equality should act on policy commitments to reduce numbers in prison in order to promote prisoner rehabilitation and public safety. The new probation and prisons strategies must be adequately resourced, and any new legislation introduced by Government must align with agreed penal policy.”

“There is a disconnect between stated departmental policy and the reality of crowded prisons. In 2018, numbers in prison have been accelerating towards 4,000 again, with six of the 10 closed prisons operating over capacity and the Dochas Centre regularly running at over 130 per cent. As long as numbers are at this level, it’s impossible to have any meaningful interventions or to tackle offending behaviour,” Ms Malone said.

“The number of prisoners participating on the highly successful Community Return and Community Support Programmes has almost halved since 2014, and the numbers serving short custodial sentences continues to be higher than the numbers serving Community Service Orders. This runs counter to the recommendations of the Department of Justice and Equality ‘Strategic Review of Penal Policy’.” 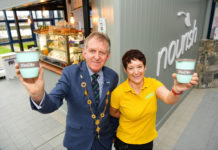 Deposit and return scheme to cut use of single-use cups 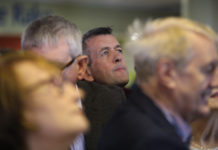