“WITH scarfs, hats and headbands for Croker we began. Connors packed his Jackeen phrasebook, first aid kit for the van.”

The talented people of Limerick have been showing their support in many creative ways, from decorating statues in towns, such as Reverend William Casey in Abbeyfeale sporting a Limerick flag, or giving their car a new paint job in the county’s green and white.

Jacki and John O’Connor took a well-known classic from Christy Moore, and gave it a Limerick spin. ‘Connors goes to Croker’ is Jacki and John’s take on Moore’s ‘Joxer goes to Stuttgart’ and within days of its release the song has clocked up more than 40,000 views across a number of digital platforms.

The song is performed by the O’Connors; Jacki, John and James O’Connor playing the concertina, accordion and bodhran respectively, the song features fellow musicians Tadhgh Meaghar on vocals Martin O’Malley on guitar.

As well as amassing views in the tens of thousands, the song has been embraced by the man responsible for the original. The band has received a message from Christy Moore on the guestbook section of his website saying:

“Hope it all goes well.. Great to see Limerick back.. I know Mick Hanly will be standing tall.. Best of luck”.

Connors on his way to Croker this weekend will be hoping the latter verses of the song become a reality as “Round Robins and Hawkeye can fly us to the Promised Land. As Shane Dowling said we’re not just here to march behind the band.” 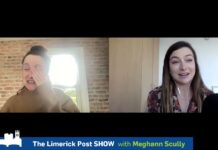 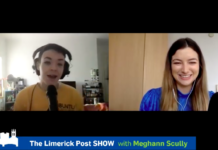 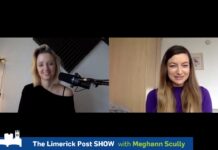 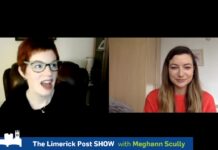 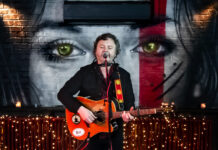