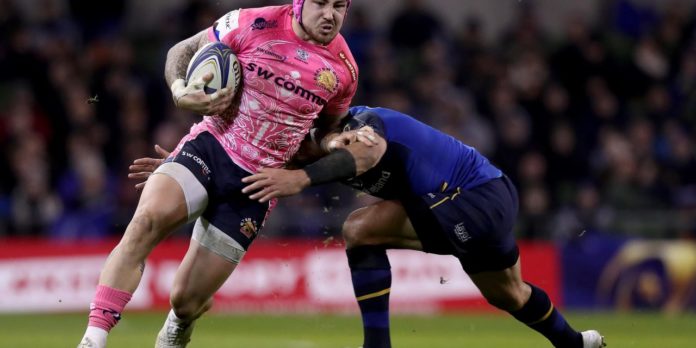 Munster will look to take learnings from Exeter with bigger tests ahead.

Munster take on Exeter Chiefs on Friday evening in the second of their Keary’s Renault Series with a 7:30pm kick off. Usually these preseason games are simply an opportunity to ease the squad back in to competitive action.

However, this one has the added extra of being the first of three encounters between the two sides who are both drawn in Pool 2 of the Heineken Champions cup alongside Gloucester and Castres.

Munster head into the game on the back of a decent performance against London Irish with some good attacking play but having conceded 4 tries, Johann van Graan knows that there is still plenty of work to get through before the start of competitive action.

Exeter have developed into a genuine powerhouse of the English game and are now amongst the top contenders in the Guinness Premiership having reached the last three finals.

They lost the 2016 final to Saracens, only to go on and beat Wasps in the 2017 decider before going on again to lose to Saracens in the 2018 final. In head coach Rob Baxter they have an Exeter stalwart with 275 senior caps for the club. Last season they were drawn in the same pool as Leinster and suffered two defeats at the hands of Leo Cullen’s charges.

The club cannot boast of the same financial resources of some English clubs but have certainly recruited wisely. Players like Luke Cowan-Dickie (Hooker), Tom Francis (Prop) and Onehunga Kaufusi (Back row) add a good mix of ball skills and braun to their front five while being the pack you have game changers like and former British & Irish Lions in Alex Cutberth and Jack Nowell. Outhalf Gareth Steenson is a solid competitor and with Henry Slade also covering the position while offering an alternative at centre, Rob Baxter has some quality weaponry in his arsenal.

While nobody is saying that Friday’s game is going to be remotely close to the intensity level of a full-blooded pool encounter between the two sides, Munster’s team of analysts and coaches will be combing the footage for patterns, tendencies, habits that could come in useful later in the year.

Munster travel to face Exeter at Sandy Park on Saturday, October 13, at 3.15pm in round one and will host Exeter Chiefs at Thomond Park on Saturday, January 19, with a 5.30pm start in the 6th and final round of pool games.

The post Munster will look to take learnings from Exeter with bigger tests ahead appeared first on Sporting Limerick.