While it should be noted that it was indeed preseason fare and that Rob Baxter had come to Cork with an almost full straight team, Munster would have been somewhat disappointed with their showing as the never really took control of the game.

The stop start nature of the tie made for some disjointed play but with the Cheetahs on the horizon next week at Thomond Park in the Pro14 opener, Johann van Graan will be most disappointed with his side’s failure to convert several second half chances to get back in the game.

Similar to last week, Munster’s lineout was not up to snuff in the early stages and the second botched set piece of the game resulted in quick turnover ball for Exeter.

Slick handling in midfield created a three on two overlap on the left wing with the Ollie of the Devoto variety slipping the ball to the Olly of the Woodburn variety to dot down in the corner. Steenson’s conversion was pulled left but Rob Baxter’s side enjoyed a 5-0 lead after 9 minutes.

Tommy O’Donnell departed the action on 17 minutes after taking a heavy knock in contact to be replaced by Jack Daly. Munster were struggling to get their hands on the ball and as a consequence spent much of the opening 20 minutes defending.

Another crack appeared in the 22nd minute as Munster’s defensive line was breached. A good scrambling tackle from Darren Sweetnam stopped Ian Whitten short of the line but Harry Williams was on hand to collect the quick ruck ball and squirm over from short range in the left corner.

Having got a sighter with his first conversion attempt, Steenson made no mistake with the second as he floated the ball from left to right over the bar to make it Munster 0-12 Exeter with the English side full value for their lead.

Exeter’s dominance of the early proceedings was perfectly illustrated by it taking Munster 25 minutes to get inside the visitors 22. When they did so, a forced offload by Billy Holland didn’t go to hand and the chance passed.

Munster were a different animal after the break and a Dan Goggin break punched a hole in the Exeter defence. Hanrahan chipped through with a penalty advantage and when the kick came to nothing, Munster opted for the lineout.

Kevin O’Byrne’s throw was knocked on by an Exeter hand and Munster opted for the scrum. Munster camped in the Exeter five metre line for the next ten minutes but some good Exeter defending repelled Munster’s efforts.

JJ Hanrahan ignited the crowd with a lovely step and break before offloading to Sam Arnold who sprinted deep inside the Exeter 22 before a wide pass to Liam Coombes who was tackled just short. Several phases later and a knock on ended another golden opportunity.

The game continued in similar fashion as the minutes petered out, Munster often coming close to crossing the line and getting into some excellent red zone positions but solid Exeter defence coupled with some less than clinical decision making and finishing meant Munster would fishing the game scoreless.

A decent workout from a physical point of view but huge improvement needed as Munster open their Pro14 campaign against the Cheetahs next Saturday at Thomond Park.

Famous Locals Give Mid West Simon “A Foot in the Door” 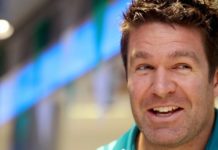 WATCH – Holland in top shape ahead of the new season 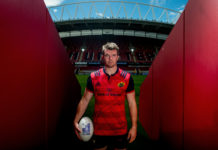