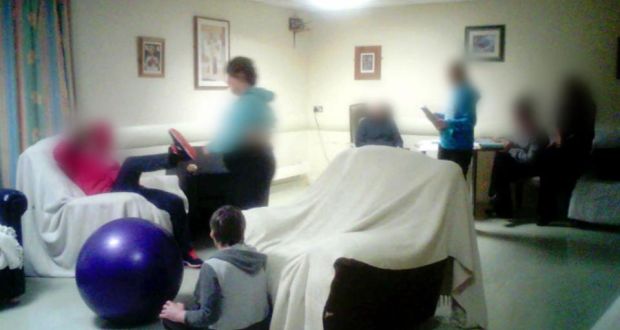 There’s many things in life that baffle me; revenue forms, Kim Kardashian’s rear-end, YouTube stars and the continued popularity of Brendan O’Connor.

But nothing baffles me as much as the concept of time, or, to be more precise, other people’s perception of it.

Seeing him in his new uniform, I was moved to ruminate on the past, to ponder the circle of life and our roles in it, to maybe even look to the heavens and curse the gods for robbing the innocence of one more beautiful child. But at no point did I look at my cousin and mutter those immortal lines: “seems like only yesterday he was in nappies.” Or, as the mist descended over my eyes, as my heart yearned for days yore, ask, “where do the years go at all at all?”

Because it doesn’t seem like only yesterday since he was in nappies, it feels like approximately a decade since he was in them. As for those years, sure they went the same place as the rest of them; consigned to the memory banks, nothing but tears and laughter to mark them.

You could accuse me of being trite, of picking out harmless sayings that we all use. But this inability to grasp the passing of time is a peculiarity common among all people above a certain age.

Talk to anyone over the age of 50 and they’ll tell you they haven’t a clue how they got so old, they’ll tell you t’was only five minutes ago they were at the local dance, throwing some farmer’s daughter round the hall, bringing her out the back for a bit of a kiss and getting a slap in the puss for going too far.

Maybe those people were having such fun that they didn’t stop to think, didn’t stop to appreciate their youth, and before they knew it they’d lost it; their perky bits had gone flabby, their hairy bits had gone baldy, and their baldy bits had gone hairy. Or maybe they were too busy rearing kids, working their arses off to put a bit of food on the plate, I don’t know. 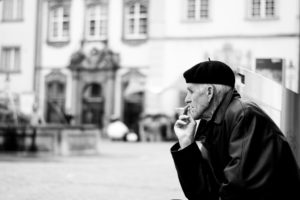 There’s a degree of science behind this, a few theories that go some way to explaining why life passes in the blink of an eye.

Firstly, those childhood memories, those rose-tinted memories of kicking a ball through the estate, buying bags of Tayto for a ha’penny and watching the All-Ireland through the neighbours’ window remain so vivid because they’ve been stuck in your head the longest. They’ve been rattling round the old noggin for fifty-odd years and so are easily accessible, whereas what you did yesterday has barely permeated the outer layers of your cranium.

Secondly, the feeling that it’s all flashing by, that the older you get the quicker time passes. This can be attributed to basic math: when you’re young, say 18, a year constitutes a pretty large percentage of your time on earth, approximately 5.5%. However, if you’re 88, those twelve months account for just over 1%, with that figure decreasing the older you get.

And we’re all getting older, or should I say, we’re all living longer.

Recent scientific studies have stated that the majority of children born today will live to 100 and that 50% of those currently in their teens will also become centenarians. Furthermore, while the average life expectancy today is 80, that number is expected to rise to somewhere around 120 by the end of this century. When you consider that during the early part of the 20th century Irish people barely made it past 50, this is all the more remarkable.

But here’s the big question: do any of us really want to live that long?

Personally I feel like I’ve been going for years, like I’ve been around forever. I was kind of looking forward to a break, to seeing what else is out there, and now they’re telling me I could be here for another 70 years. I’m getting tired just thinking about it. Because although science has managed to add years to the life, it hasn’t put life into those years.

If I could live to a 100 and still be able to do most of, or at least some of, the things I can do now, I’d be happy enough to give it a go, but that’s unlikely to be the case.

We can’t exactly blame science for this, our bodies will eventually deteriorate no matter how well we look after them, but we can look at ways of improving the qualify of life of those whose physical capabilities have diminished. 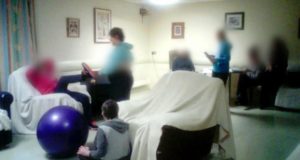 Ensuring that they live somewhere comfortable and peaceful during these twilight years would be a start, someplace better than the nursing homes which, according to over 700 complaints received last year, left residents vulnerable to sexual assault, filthy living conditions, lack of food, inadequate care and financial abuse. Yes, financial abuse. This is how we deal with an ageing population, a population whose faculties aren’t what they were, who aren’t au fait with modern technology, with forms and policies; we fleece them.

Despite the implementation of the Fair Deal, a scheme designed to ensure that no-one in a nursing home would be left with less than 20% of their income for their personal use, many private nursing homes charge residents additional fees for social activities which don’t, apparently, fall under the remit of this scheme.

This shameless practice generated €16m in funds for these privately-owned companies. The government’s response was to promise a thorough investigation, to eradicate this exploitative behaviour and to protect those being taken for a ride by unscrupulous chancers.

To date, just four nursing homes have been visited.

Unfortunately the findings of the examiners, the results of this thorough investigation, cannot be revealed; the nature of the review preventing them from detailing the nature of these extra charges and what the residents were asked to pay for. Instead we’ll get a padded-out report, a series of recommendations which will be passed on to a working group tasked with revising the Fair Deal.

In other words, anything important will be obscured or redacted, hidden in plain sight lest anyone discover the extent of this repugnant mismanagement.

Life for people in those private nursing homes may well improve as a result, but not nearly as much as it should. They’ll continue to be taken advantage of, to be exploited merely because they can.

With so little to look forward to, I can’t be alone in hoping time continues to speed up, that it goes fast enough to skip that last bit altogether.

Limerick, the friendliest place on earth

Usually whenever I see someone walking down the street with a spring in their step, a smile on their face, I automatically presume that they’ve just got some, that all their troubles have been swept away by a night of slapping and tickling.

But since Limerick won the All-Ireland it’s become incredibly difficult to discern the loved-up lotharios from the ordinary, everyday punters. Because you’re all walking around the place with big stupid grins on your faces now, and it’s almost two weeks since ye won it.

The likelihood is that those grins won’t disappear until someone takes Liam away from ye, whether it be next year or beyond – and even then you’ll still allow yourselves a little smirk whenever you recall the wonderful summer of 2018.

This newfound sense of conviviality hasn’t gone unnoticed, with Limerick recently being shortlisted for the title of ‘Ireland’s Friendliest Place’ alongside Ennis, Slane, Waterford and Carrick-on-Shannon.

Now I’m not sure when the assessments took place, and whether the adjudicating panel just happened to be in the city some time last week, but if they were then the competition is already over.

Can you imagine it? A small team of undercover agents, surreptitiously sussing you out, ticking off boxes on their clipboards, taking down notes as they furtively sampled the mood on O’Connell Street. Their eyebrows arching as they’re confronted by a scene from a musical, impossibly chirpy men and women, children and old-age pensioners, swinging from lampposts, kissing and hugging, sashaying their way to work, to school, with not a care in the world. Traffic working seamlessly, not a beep of a horn to be heard, road-rage non-existent. Shop assistants, bank tellers, wishing you the nicest of days, lengthy queues full of contended customers, their patience never tested no matter how long the wait.

“Forget Ireland’s Friendliest Place,” they’d say, “this is the friendliest place on earth. How do we go about moving here?”