A MULTI million euro expansion of Troy Studios in Limerick will see the studio cast as one of the best television and film making facilities on the international stage.

Details of the future plans for Troy Studios were outlined this Monday as the Limerick studio aims to develop its footprint and continue to be a critical driver in building a successful international quality film, TV and content industry in the mid-west of Ireland.

It plans to increase its sound stage space to 100,000 square feet with the addition of a fourth sound stage within its existing site. Following significant private investment of some €6.5 million to date, Troy Studios is currently home to a 350,000 sq. ft. hub for content creation.

It was also announced that Troy Studios in collaboration with the University of Limerick is in the process of extending the current Executive MBA offering to include a special focus on the business of content production, which will be the first MBA of its kind in Europe.

At a reception attended by education leaders, public representatives and industry leaders Joe Devine, Chairman, Troy Studios stated that the fourth sound stage is anticipated to be completed during 2019 subject to planning approval and has potential to provide employment for 150 people during the construction phase alone. The additional space will enable Troy Studios to host more than one production at a time, doubling the amount of inward investment and resulting in a doubling of the jobs.

“Since its opening in 2017, Troy Studios has positioned itself as a world-class production hub for large-scale film and television productions. Troy’s new investment plan to increase studio capacity will be a further driver to grow Ireland’s 1.1 billion audio-visual industry, to create more employment and take best advantage of the global increase in the demand for content. Ultimately it will enable multiple productions use Troy concurrently,” he said.

“An incredible ‘can-do’ attitude from our investors,  State and educational partners in the region, has all resulted in a collaboration that has quickly established a world class studio infrastructure and a new growing talent base for Ireland to accommodate more international and national productions. Today’s news is another step to firmly place Ireland on the global film and television map.  We have completed our first production which directly employed 320 people during its nine month duration contributing 53m to the local economy. Expanding the studios increases our potential to drive further sustainable economic benefits locally and nationally into the future.”

Ossie Kilkenny, Director Troy Studios, speaking today thanked those without whose help Troy would never have happened, such as Liam McElligott and his team at Limerick Enterprise Development Partnership; Conn Murray and his team at Limerick City and County Council as well as the construction team including architects Carr and Associates and builder Martin Harty.

Troy Studios states it has received significant positive support to build a skill-base in the region. In partnership with Screen Training Ireland, Limerick and Clare ETB, LIT’s Limerick School of Art and Design and University of Limerick. It has hosted six training events since 2016 and instigated an ongoing series of Troy Talks – offering discussion events with internationally recognised guest speakers from the industry. It has also been instrumental in working with Innovate Limerick to establish the first Digital Hub and Production and Digital Skills Academy which provides a training pathway for employment in the industry.

Siún Ní Raghallaigh CEO Troy Studios stated that: “The global market for creative audio visual content is projected to grow at a rate of 30% over the next five years – it is a very exciting time for our industry.  Studio providers such as us are facilitators. We offer the infrastructure and locations to enable the sector to produce their content. The environment internationally remains competitive but Ireland, with its Section 481 film tax credit and highly skilled workforce, has the potential to attract more international projects that will create hundreds of jobs and attract millions of euro in foreign direct investment to the economy. The Government has ambitions to double the number of jobs in the audiovisual sector and grow its value from €1.1 billion to ¢1.4billion and studio facilities is a critical part of the infrastructure necessary to deliver that growth. At Troy and indeed with our sister studio, Ardmore Studios in Bray, we look forward to playing a real positive role in that growth and success,” she concluded.

An application to Limerick City & County Council for the construction of the fourth sound stage within the existing site and structure has been submitted. 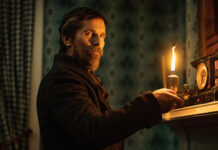 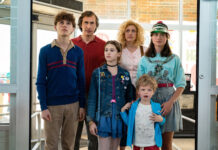