BUNRATTY Castle and a family home are among the settings for Canadian director, Stephen Wallis’ ‘The Martini Shot’ which is set to release in the autumn of 2019.

“The film is about a film director who believes that he is god and when he finds out that he is dying, decides to make one last film and decides to shoot it in Ireland,” Mr Wallis said.

Location Manager Sean Flynn said that a part of the movie was being shot at his family home in Thornfields in Limerick.

“When I got a request for what they were looking for for a scene, well that’s pretty much my sitting room! It’s nice that my mom’s out, my dad and my brothers and sisters and all the family are around,” Mr Flynn said.

He added that a huge part of building the industry in this region is to be able to have a local crew, which is what Troy Studios is facilitating.

“Bit by bit, once we can have most of our workforce coming from this area, it will mean a huge difference,” Mr Flynn said.

“We are very fortunate that there are villages like Castleconnell, that aren’t too far from town that are picturesque and beautiful,” Seán said, reflecting on some of the locations used in the shooting on the movie. “everybody couldn’t be kinder or nicer to us, we have a great feeling of support from the people of Castleconnell, which has got to be one of the best villages in the whole country.”

The production is using local crew members and extras to facilitate the shoot and the presence of Troy Studios in Limerick is a big reason why the area has been chosen.

Limerick-born actor Nigel Mercier set up a company last year to provide producers with extras from the mid-west region.

“Normally it is with companies from Dublin and sometimes they have to ship extras down the country, we wanted to make sure that local extras were being used,” Mr Mercier said.

Mr Mercier added that most of the people on set were all local to either Limerick, Kerry, Tipperary or Clare.

“You might see a movie with ten people in it, but you are talking about at least a 100 people in the background,” Mr Mercier said.

Sean Flynn said that Ireland has for a long while been a great place to shoot because of the scenery, the lakes and the presence of a “different” type of town and city.

“Limerick is a beautiful Georgian city and has a lot more Georgian aspects than even Dublin has these days,” Mr Flynn added.

Canadian producer Susan Ilott said that the filming in Ireland is very attractive because of the tax incentives provided.

“Ireland offers 32 per cent on your budget and that is very attractive to a filmmaker,” Ms Ilott said.

Director Stephen Wallis said that a lot of directors and producers only want to shoot in the bigger cities like Los Angeles or Toronto and end up missing out on places like Ireland to film in.

“Ireland has this great history and these phenomenal locations which we could not duplicate in any other country,” Wallis said.

The producers said that their business model included shooting six films a year in Ireland, starting this year. 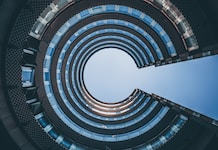 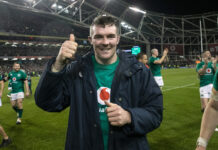