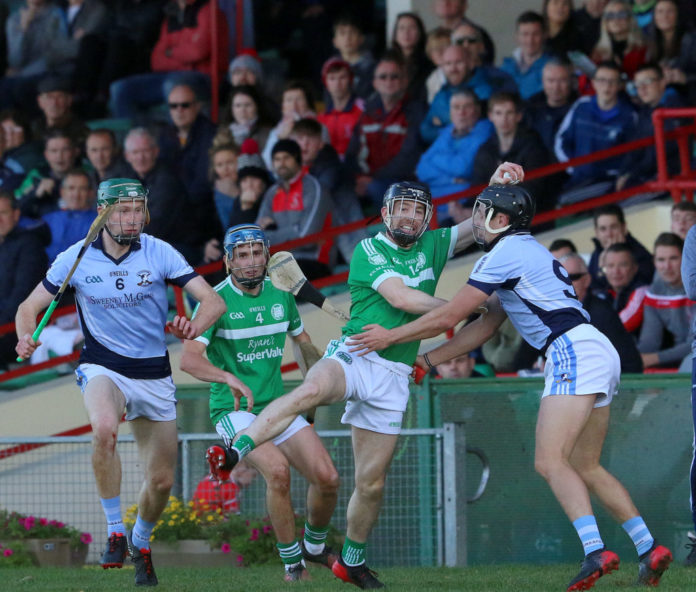 It will be a first time pairing in this season’s Limerick Senior Hurling Championship Final with Na Piarsaigh and Doon to meet in two week’s time after wins in today’s semi finals.

Doon had a 2-17 to 0-22 victory over Patrickswell in the first of today’s semi finals at the Gaelic Grounds, while Na Piarsaigh saw off Kilmallock by 2-19 to 2-15 in the afternoon’s second game. Both games were streamed live on Sporting Limerick and can be viewed again on our YouTube channel.

Denis Moloney proved to be the hero for Doon with his injury time point seeing the east Limerick side into their first SHC Final since 2000.

Patrickswell sent over the first two points of the game through Calvin Carroll and Aaron Gillane but Dean Coleman’s goal put Doon ahead in the 5th minute.

The concession of that goal didn’t deter the ‘Well with Gillane, Carroll and Tommy O’Brien helping them into a two point lead late in the first half.

Barry Murphy was keeping Doon in the contest at that stage with scores from placed balls and from play but they went in ahead at the break by three points thanks to Pat Ryan’s goal after 28 minutes.

Ryan beat Mark Carmody to Richie English’s long delivery, and in a carbon copy of his extra time goal in the All-Ireland semi final win for Limerick against Cork, Ryan went in along the end line and fired past Brian Murray.

Doon led for most of the second half but began to stumble in the final stages and failed to during the 50th and 60th minutes.

Patrickswell took advantage with two Aaron Gillane points and a Diarmaid Byrnes ’65 that looked to have sent the game to extra time. Moloney had other ideas and his last gasp effort sent Doon into the final.

Na Piarsaigh will be Doon’s opponents in that game after they saw off Kilmallock by four points in a repeat of the 2017 SHC Final.

Adrian Breen’s goal in the seventh minute was cancelled out by Graeme Mulcahy moments later in the early stages and Kilmallock then hit four points on the trot.

They also hit several wides in that period of dominance and Na Piarsaigh game back into it with two Alan Dempsey efforts and one each from Shane Dowling and Peter Casey.

A Breen point levelled the game at 1-5 apiece on 20 minutes and he then buried a second goal that put Na Piarsaigh ahead.

Oisin O’Reilly immediately hit back for the Balbec but two Dowling points and another from David Dempsey helped Paul Beary’s side to a two point half time advantage.

Kilmallock levelled the game at 2-10 each six minutes into the second half but Na Piarsiagh excelled from that moment on with four points on the bounce in the next five minutes to earn a well deserved victory.