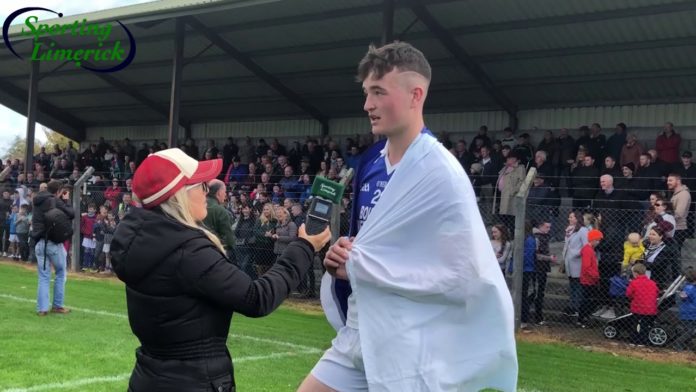 KILDIMO Pallaskenry are Junior A county football champions after defeating Cappamore on a scoreline of 1-15 to 2-7 yesterday in Newcastle West. They will now battle it out in the Intermediate grade after playing Junior B football as recently as 2014.

For Kildimo Pallaskenry, no one stood out as much as Limerick senior star Peter Nash who notched 0-9 on the day with four of those points coming from play. We caught up with Nash after the game who was visibly delighted at his side’s victory.

“It means everything, absolutely everything. We have the
bones of 15 lads playing both football and hurling and hurling takes a lot of
time because it needs a lot of time. We’ve fallen at the quarterfinals or semifinals
the last couple of years knowing we had it in the locker to be
contenders and it just kind of happened by chance this year, it all came
together.”

Heading into the break down by two points, the city club were able to call on the services of All Ireland Man of the Match Kyle Hayes who made a visible impact on his introduction to the game. Speaking after the game, Hayes commented on the experience of the game after returning to club football recently.

“It’s always nice to be back at the club. I’d say I haven’t played
football in about four years. It’s nice for a change, to change it up and it’s enjoyable
playing with all the boys.”

However, despite securing the win, he was quick to point out that his shooting, in both codes, needs some work after spurring a goal chance in the game.

“Absolutely, the shooting, in hurling and football, not just
football!”

See the videos in full and much more on our YouTube channel! 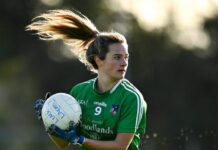 WATCH: “Hopefully we have that edge this year” – Limerick Ladies Footballer Roisin Ambrose looking forward to 2021