Home Photos Photos: After Dark – the launch of Limerick to Hollywood

It marked the official launch of ‘Limerick to Hollywood’, an exhibition being hosted by Limerick Museum (Matthew G Potter) as part of the Richard Harris International Film Festival.

The unique exhibition in the Glazed Street of Limerick‘s City and County Council building shines a spotlight on two of Limerick’s greatest film stars, Richard Harris (1930-2002) and Constance Smith (1928-2003).

The exhibition is curated by Declan McLoughlin #limerickfilmarchives and boasts contributions from the private collection of William O’Reilly.

The exhibition runs until November 30. According to organisers, memorabilia will also be available to view in the gallery space to Belltable and the foyer of Millennium Theatre,  LIT from October 25 – 29 during screening/ event times there. 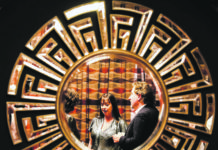 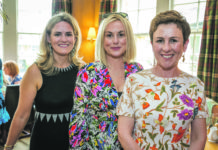 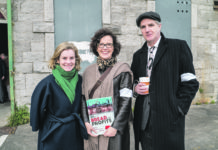 Photos: After Dark at Bread Not Profits at the Old Cleeve’s Factory 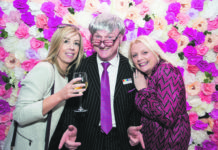 Photos: After Dark at the Strand Hotel refurbishment party 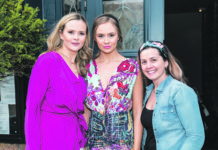 Photos: After Dark at the Cocktails, Cuisine & Style event

Photos: After Dark at the Limerick Institute of Technology Spring Ball 2019