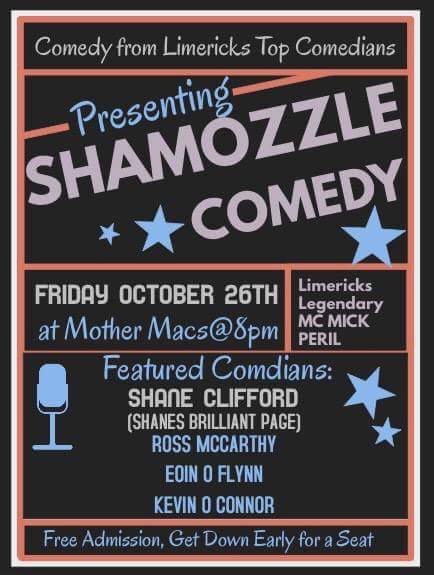 Featuring comedy from the best in local and national comic talent on the last Friday of the month, Mother Mac’s is the place to be for this free to the public event in Peggy’s Parlour, Mac’s back room.
It is stand up comedy at its best running this Friday October 26 with MC Mick Peril.

“This will be a right cracker as it’s now starting to attract comedians from outside Limerick, as well as the very talented locals,” say Mother Mac’s.

And in further good news for the punters – There an Orchard Thieves promotion running in Mother Macs and other pubs in the Market Quarter over the Bank Holiday weekend.