THE pivotal role played by the University of Limerick in the study and analysis of popular music was highlighted last week when a major collection of essays on Songs of Social Protest was launched at the university.

Edited by Aileen Dillane, Martin J Power, Eoin Devereux and Amanda Haynes, it features research on many diverse styles and genres as well as a host of artists, amateur groups, and collectives from different regions and times.

The book features 33 contributions from all over the world on the power of music to bring about social change.

Members of the editorial team have previously published books and articles on David Bowie, Morrissey and Damien Dempsey.

Co-editor Dr Aileen Dillane said that song is a powerful medium, especially when it comes to calling out injustices.

“Songs of social protest operate in a variety of ways – as noisy, exuberant expressions of solidarity in a collective; as individual, insightful narratives or messages that draw attention to specific causes; and as something in between. Put that together with social and political protest and it’s easy to see what a potent combination they make.”

The book was launched by award-winning novelist Donal Ryan who is also a teacher of creative writing at UL. It is expected the book will be adopted worldwide in the teaching of music and song.

A unique aspect to the launch was the editors’ decision to invite Steo Wall to perform. Having recently released his critically acclaimed debut album ‘Where I’m From’, the musician who has worked with the likes of Damien Dempsey and Davy Spillane said he was honoured to be asked to sing at the launch of such an important book.

“A song is a very powerful thing, a piece of music has the power to transport you through time and space, take you right back to a time and a place and make you feel the very same emotions you felt 20 years ago. I think any song writer or artist worth their salt should reflect what goes on in society, the good the bad and the scary. A good song should hold a mirror up to the world and get people thinking and talking about the real issues,” he said. 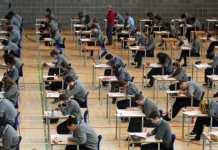