WE knew before but national news confirms it loud and proud: Limerick singer/ songwriter Emma Langford is hot property. She is RTE Radio 1’s ‘Best Emerging Folk Artist’ of the Year 2018, on the back of her first and only album thus far, ‘Quiet Giant’ and the single ‘Closed Book’.

Emma was nominated previously for an Irish Post Music award and this Thursday November 1 is a headline act for The Limerick Fling at University Concert Hall. She follows on the 100 musicians, singers and dancers from the Irish World Academy of Music and Dance and the great American singer/ songwriter/ musician Rhiannon Giddens.

Was the RTE award for her single ‘Closed Book’ anticipated or was there mystery to the mix, Arts Page wondered?

“It was incredibly mysterious,” says Langford, quietly spoken the morning after. “Winning was a great shock, a cataclysmic shock. I knew I was nominated as Dolan’s had put out a tweet letting me know my name was on the shortlist.

“Being there last night (Vicar Street) with all those musicians was a bit mind blowing. Any chance to be in a room with that volume of amazing talent, well, I will be there!

“Then Declan O’Rourke (Best Original Folk Track) in his speech said that he had never won any award before. He is my icon in folk music and that was instantly comforting. If I had won nothing, it wouldn’t matter and… here I am with only one album out.”

Check out the vitality and musicianship to ‘Closed Book’ within this url https://www.youtube.com/watch?v=6YQu8QVPoBs

At tonight’s Limerick Fling, look forward to Emma Langford, an IWA graduate herself with a Masters in Community Music, performing (hopefully) with her band members Alec Brown, a cellist doing a PhD at the academy and guest tutor there, Peter Hanagan on bass.

One song on the programme will be her release ‘He Came From the Sea’ which she recorded in aid of men’s mental health. 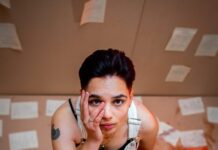 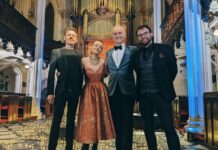 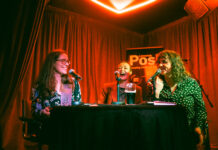 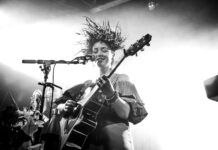 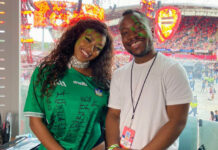 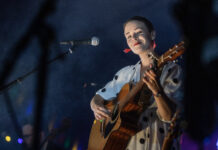 New release from Emma Langford with the RTÉ Concert Orchestra