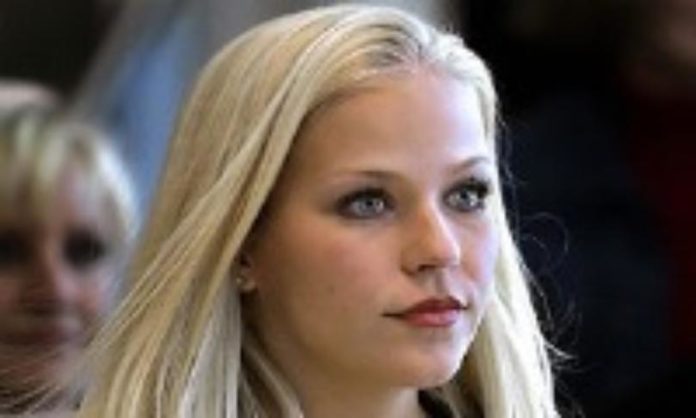 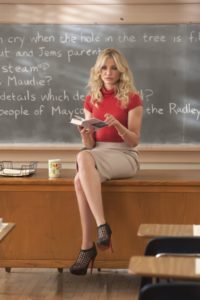 Her name was Miss Williams and we were all in love with her. Tall, blonde, blue eyes and, most importantly, under the age of thirty, we spent five rapturous years under her tutelage; gazing wistfully at her legs, her lips and plenty of other places as she attempted to educate us on the Irish Civil War, Communism and some other historical events which I’ve long since forgotten.

Those who didn’t take History, who took subjects taught by middle-aged men, withered old crones and fearsome disciplinarians, could only listen on with envy as we detailed Miss Williams latest outfit and how it accentuated her assets in the most sinful of ways.

We were just kids though, at least at the start. When she bent over to pick up the chalk our “oohs” and “aahs” were mostly for effect, a show of bravado for the lads. If, at that tender age, we had been presented with an opportunity to make good on our promises, to show Miss Williams, or any adult woman, just what we were made of, we would have blushed violently and scuttled back to the sanctity of our PlayStations and Xboxes. But by the time we reached fifth year, sixth year, we weren’t little kids anymore. We’d kissed a few girls by then, might even have even done more.

So when Miss Williams accompanied us on a school trip, one involving hotels and overnight stays, one where the teacher-pupil relationship would be reimagined, recast for three days and three nights only, we saw a chance, a chance to show her how much we’d grown. This manifested itself in a predictable fashion. We got drunk, we got brave, and the most foolhardy among us went looking for her, determined to make good on five years of teenage fantasies.

Nothing happened, of course. Miss Williams’ suitors were kindly rebuffed and then had their alcohol confiscated. But that didn’t stop the rumours, the stories of how one lad, usually the biggest, toughest, most manly of us all, got invited into her room and didn’t leave till the morning. Or how another got caught strolling down a Parisian lane, History teacher on one arm, lady of the night on another.

I’m sure you had your own version of Miss Williams. Maybe she wasn’t as tall, or as blonde, or as kind as our Miss Williams, but she assumed the same role, became the object of your desire before you knew what desire really meant. There were probably rumours too, salacious gossip which everyone knew was false but went along with anyway ‘cos it sounded so devious and exciting.

What if the rumours weren’t false though, what if your teacher, your Miss Williams, did invite a student into her room and kept him in there all night? What if she used her position of power to take advantage of young, impressionable boys? What then? 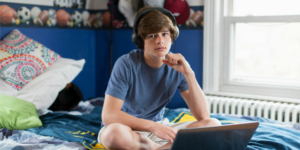 The man in us says, “bring it on,” he looks back at those sad, barren years and bestows the gift of sex upon his fifteen-year-old self. He recalls the lustfulness of his youth and decrees that there could be no greater outlet for it than his History teacher, the woman he’d obsessed over for days on end.

But that’s the man in us, the libidinous terror which, no matter how hard we try, can never be quietened.

What about the boy? The underage teen who, although in possession of said terror, doesn’t quite have the faculties to cope with it? How would he have reacted to a woman ten years his senior displaying an interest in him, seducing him and using him to sate her physical needs?

A teacher at a County Dublin school has been charged with two counts of the defilement of one of her students, a teenage boy. The 24-year-old woman, who cannot be named for legal purposes, is accused of engaging in sex acts with the boy, who was under the age of 17 at the time. She has been granted bail and is due to appear in court again on December 19. If found guilty she faces a maximum of ten years in prison.

This is not an isolated case. All over the world similar stories are emerging: Young, attractive teachers engaging in sordid affairs with their students, coercing them with titillating pictures, alcohol, drugs, whatever it takes, until he’s at their mercy, their beck and call. Often married with seemingly perfect lives, these women are about as far removed from the stereotypical paedophile as one could imagine, but that’s what they are: paedophiles.

Because of the gender of those involved, and the assumption that these boys are living the dream, it’s easy to forget that these crimes are just as heinous as those carried out by male teachers on female students and that their perpetrators should be punished accordingly.

Furthermore, if one is to analyse how these stories are reported – the terminology used, the tone of the writing – there’s an unspoken belief that these dalliances are the result of some weakness on the part of the women, that they used the adulation of their teenage admirer to make them feel good about themselves.

And, most tellingly, there has, up to now, been little discourse about female paedophilia and how it’s possible that these women, and others like them, chose teaching as a profession because they knew it would provide ample access to underage boys. We know from experience that men in this country purposely sought out certain jobs for that reason. Who’s to say these women haven’t done the same?

That may strike you as a little hysterical, somewhat reactionary, after all we’re only discussing young lads losing their virginity to their teachers, but there’s a very real danger that, by refusing to treat these crimes with the seriousness they deserve, we are adding to the stress and trauma of those affected. Because it is stressful, traumatic, as much for boys as it is girls, in some ways even more so. The level of shame of male victims is increased by the emasculating effect of being ‘taken advantage of’ by a woman, the notion that they somehow allowed themselves to be overpowered or physically manipulated by someone smaller in stature to them.

There’s the double standards and the fear that, by reporting the crime, you will be laughed at, told to thank your lucky stars and milk it while you can. Plus, the emotional impact. Think back to your own nascent romances, those early kisses, awkward attempts to negotiate a session of heavy petting, the confusion and excitement, inevitably followed by heartbreak and melancholy. Now reflect on the intensity of some of your adult relationships, and how far removed they were from your adolescent crushes and fumblings.

There’s a world of difference and young boys, guided by lust and longing, are especially vulnerable to embroiling themselves in relationships which, although psychically gratifying, they’re not emotionally equipped to deal with.

Ultimately it will be down to us men to change the perception of female paedophilia and the impact upon its victims. And every time we read one of these stories and remark, “the jammy little sod,” we make it that little bit harder for the victims, a little bit easier for the criminals.

Sometimes a dog’s life is no life at all 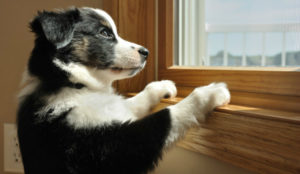 It might seem hard to believe but not everyone loves dogs as much as we do. Indeed, in some countries man’s, or should I say person’s, best friend is viewed with a degree of mistrust and wariness. In China, for example, they don’t like dogs at all. In the world’s most populous nation, canines are associated with high-living, self-indulgence and, in the words of Chairman Mao, “bourgeois affectation”.

But, with western influences gradually corroding national sensibilities, the popularity of pooches is on the increase which, given the 1.4 billion population, poses something of a problem.

To combat the issue large dogs are completely banned in Beijing city centre (where large begins and medium ends one can only surmise) and any dogs which are permitted to walk the streets must be kept on a leash no longer than one metre.

That might seem austere, but it’s nothing in comparison to the laws in Wenshan where dog-walking is banned during daylight hours. If residents in the south-eastern city wish to bring Rover out for a run around, or even a little amble, they must do so before 7am and after 10pm.

Furthermore, dogs are prohibited from parks and public spaces at all times, essentially reducing to them a lifetime of dark streets and home living.

Seen as a reaction to the country’s persistent problem with rabies, these measures are clearly designed to discourage Chinese citizens from getting dogs. But in all likelihood it will just lead to a lot of fat, unhappy dogs, albeit ones with night vision superior to that of even their mortal foes, the cat. 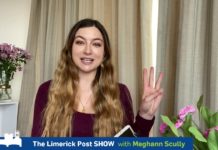 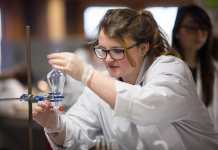 Biology students get hands-on experience at University of Limerick