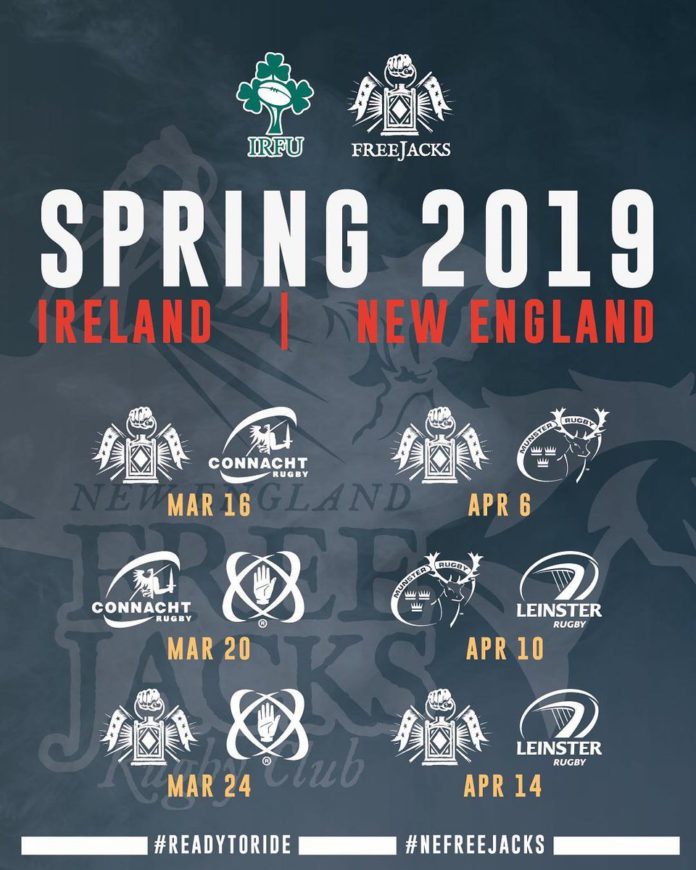 The IRFU has today announced that they will partner with incoming US Major League Rugby franchise the New England Free Jacks to create a series of development fixtures which will see the four provincial A teams travel to Boston in March and April next year.

Munster A will play two games in the USA next year with the province facing incoming US Major League Rugby franchise the New England Free Jacks and Leinster A.

Munster will play the Free Jacks on the 6th April and then play Leinster on the 10th April in Boston.

David Nucifora, IRFU Performance Director, commented: “We are delighted to be partnering with the New England Free Jacks for this development opportunity which follows on from the success of the Celtic Cup earlier in the season.

“Our provincial development sides will face the challenge of preparing for two competitive fixtures within an eight day window while also having to manage recovery and operating in a new environment. The combination of these elements will further accelerate their progress as developing professionals.

“The New England Free Jacks are in an exciting phase of their development as they continue to build towards competing in Major League Rugby in 2020. This series of games provides valuable exposure for our emerging talent and one which we believe will be mutually beneficial to both Irish and US rugby.”

Munster A Fixtures In USA

Munster A v Leinster A

The post Munster A to join other Irish provinces in US development series appeared first on Sporting Limerick.