Home Business Opera site project is on the move 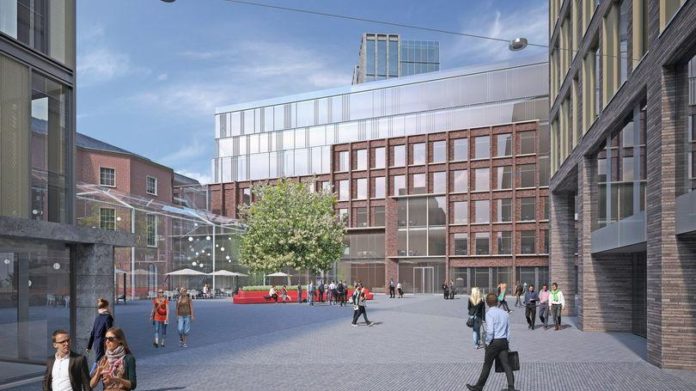 THE biggest inner-city commercial development outside of the capital has moved closer to construction with the start of a non-statutory consultation on the flagship Opera Site development in the heart of Limerick.

In the final step before a planning application is lodged with An Bord Pleanála in the coming weeks, Limerick Twenty Thirty, on behalf of Limerick City and County Council, has begun the final round of public consultation.

This includes placing documentation for the fully-funded development on its own and the local authority’s websites – www.limerick2030.ie and www.limerick.ie

Consultation boards have also be put on display in council offices around the city and four public information evenings will be held on consecutive days running from Tuesday, December 4.

According to Limerick Twenty Thirty chief executive David Conway, the decision to hold the public consultation, despite it not being a statutory requirement is in keeping with their intention to ensure as much public awareness and outline of the scheme.

The project will be one of the largest urban developments undertaken outside of Dublin, with up to 3,000 workers expected to be employed at the site during a six-year development programme.

“We are at a really exciting stage now for the project. The council has secured funding of €170 million from the European Investment Bank and the Council of Europe Development Bank and we are on the verge of submitting a planning application for the project to An Bord Pleanála,” Mr Conway explained.

“So, after some disappointments in the past when the site was in private ownership, we are now finally about to see one of the most eagerly awaited developments in the state come to fruition.”

“Before we submit the planning application, however, we want to give the public one last opportunity to make submissions. This will, in fact, be the second publication consultation on the project. The first, in February following the publication of the design brief, generated a hugely positive response and showed the public interest and support there is for the project.”

“The Opera Site will be the one of the biggest project of its kind developed outside of the capital and that, in its own right, reflects the confidence and ambition there is in Limerick today. We are in a much different place and turning heads not just nationally but internationally. That’s going to happen even more now because of Opera. These are exciting times for Limerick.”