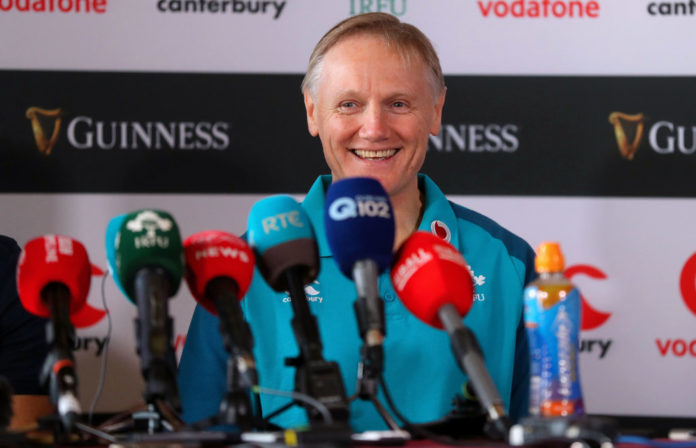 Joe Schmidt will leave his position as Head Coach of the Irish Rugby team at the conclusion of next year’s World Cup in Japan to prioritise‘family commitments”.

Schmidt’s announcement comes off the back of a historic night
for Ireland as they were awarded team of the year at the World Rugby award last
night with Johnny Sexton picking up Player of the Year.

Schmidt was awarded Coach of the Year after guiding Ireland to a Grand Slam, a series victory in Australia and a first win over New Zealand on home soil.

Current assistant coach Andy Farrell will succeed Schmidt after next year’s World Cup. He was high in praise for the work Schmidt has put in over the last number of years.

Schmidt said on his decision;

“I feel that Irish Rugby is in good hands. The management and players have been incredible to work with and the tremendous support we have had, particularly at home in the Aviva Stadium, but wherever we have travelled has been uplifting.”

“Thank you to the IRFU for their support and patience and thanks also to so many people who have adopted my family and me, making us feel part of the community here in Ireland.

Under Schmidt Ireland have become one of the best sides in the World and should they repeat this years heroics in the Six Nations they will end the competition as the number one ranked nation in the World heading into next years World Cup.

Upon the announcement, Schmidt has been universally praised for his contribution to Irish Rugby.

The post WATCH: Joe Schmidt to leave his role as Ireland Head Coach after RWC appeared first on Sporting Limerick.