AGAINST the setting of a happy bingo night, playwright Carrie Barrett delves into serious themes in her hour long play ‘Bingo!’,” writes Sean P O’Donovan for Limerick Post.  ‘Jackpot hunters – that’s all they are’ is the insult hurled at the audience who think they have been conned into attending a real bingo night, during a hilarious opening scene.

‘Bingo!’ premiered at Belltable on November 28 for a run of nights prior to arriving at Friars’ Gate in Kilmallock. It is produced by The GAFF and Monica Spencer and enacted by Moyross Community Drama Group.

Moyross Community Drama Group uses Limerick accents and Limerick language to bring home both the strength of community and the darkness in the lives of some women.

The laughter continues through the early scenes with audience members winning as their numbers are called. As the drama unfolds, we see the details of the darker side of each character’s life.

The show’s structure is arresting with we, the play-going public employed as ‘the fourth wall’ to whom direct address is made and while sitting in on the game. It brings us in close to turbulent emotional dynamics, sharing this allegorical lottery of what life throws out.

Carrie Barrett, a social worker with ADAPT Domestic Abuse Services as well as writer, uses a series of soliloquies to tell the background stories of these women (spoiler alert:)

Throughout, the audience applauded the brave delivery of the monologues by each cast member and while the play is delivered by an amateur group, their delivery is anything but amateurish. Barrett’s words draw great performances from each one.

The play moves back and forth from such serious issues to the laughable jollies of the bingo game.

For all these women, the gaming hall represents a haven within their community to feel free of their troubles.

None of the characters in ‘Bingo! are winners; yet those in attendance for this new Irish drama made in Limerick win out with a thought-provoking take on what is everyday for many in society.

Seán P O’Donovan is a Masters’ student of Journalism at UL. 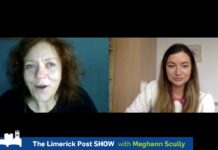