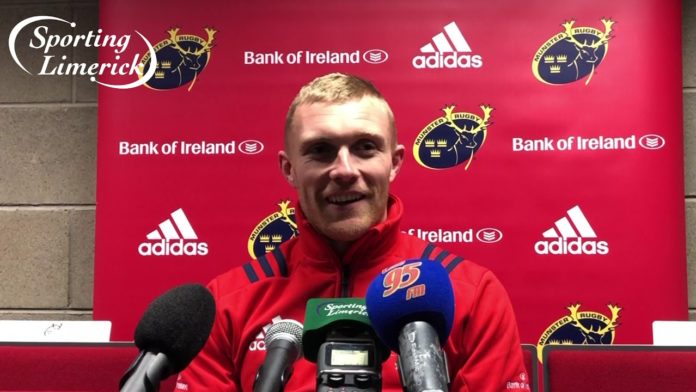 Munster’s return to European action this Sunday against Castres in Thomond Park in Round 3 of the Champions Cup.

For players like Keith Earls, the importance of such games doesn’t go unnoticed, and he is not getting bogged down by some erratic form earlier in the season.

“It’s a massive tradition. It’s the weeks we love in Munster in Europe. A lot of history. I think I’m very good at putting November and games behind me and moving on to the next one. Extremely looking forward to this one on Sunday.”

Earls is a man at the peak of his powers at the moment following a November Series clean sweep with a hat trick against Edinburgh last Friday in Cork.

“I was delighted. Its ten years since my last hat-trick so it was great. Obviously, slowed down a bit in the second half but I think we were happy with the team performance in general. We took chances and some nice little plays as well.”

Munster will have an early kick-off on Sunday with the game pencilled in to start at 1pm. Earls has no issues with this however saying,

“It’s an early kick off Sunday so we will still get home for the Sunday dinner afterwards!”

See the full interview with Earls on our YouTube page below!