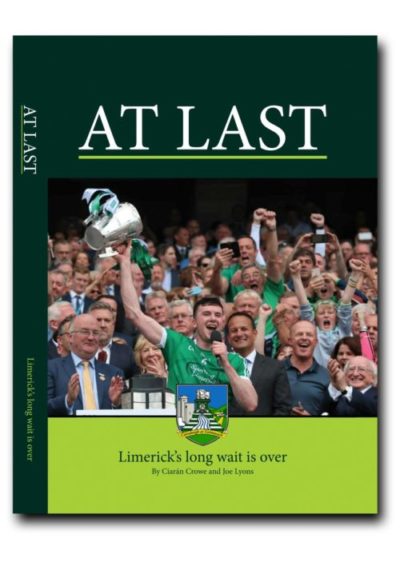 The idea for the book first came to fruition back in 1996 when Limerick were in the All-Ireland Final but sadly lost to Wexford in that year’s decider. The book contains interviews with all 36 members of Limerick’s Liam MacCarthy Cup winning panel.

“From our very first issue (of The Green and White) we had planned in September 1996 that Ciarán Carey would be holding the Liam MacCarthy, it didn’t quite work out,” explained Joe Lyons

“We have spent years since then waiting for this to happen so when it did happen, at last, we said this was too good an opportunity to miss.”

Click below to listen to the full interview with Joe Lyons and Ciarán Crowe.