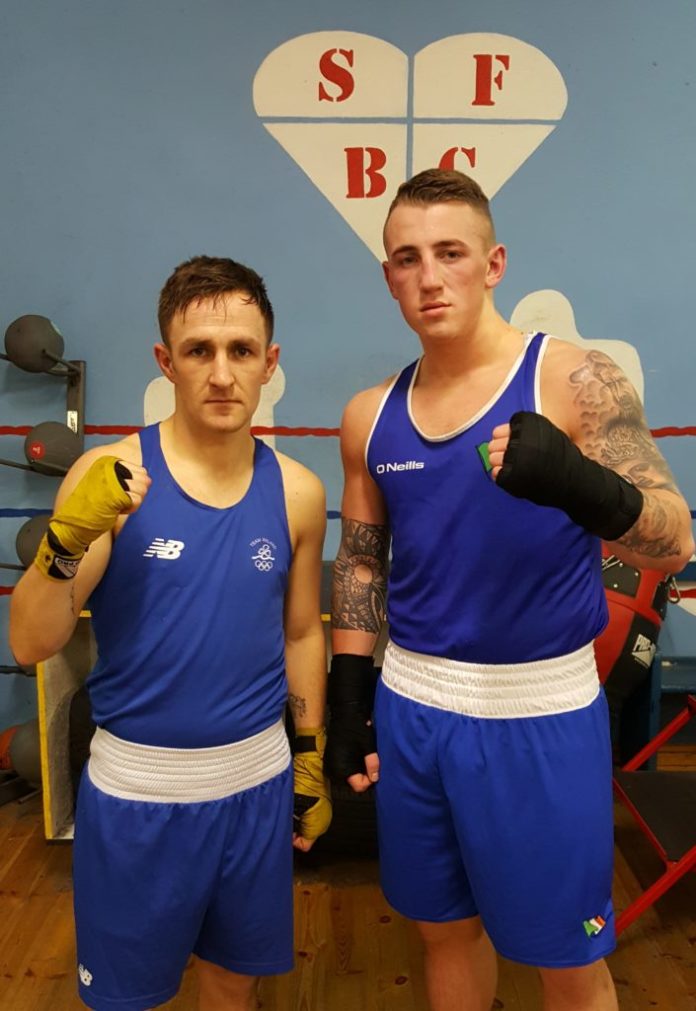 Two of Limerick’s top Elite amateur boxers will travel to Belgium this week to fight in a huge sporting event in Charleroi on Saturday night 15th December. St Francis boxers Myles Casey and Kevin Sheehy – both of whom have won four national titles each – are no strangers to international competition.

Owing to the fact that both fighters have boxed in major international championships and multi nation competitions for Ireland over the last four years, they will box the Belgian champions from their respective weight categories in what is being described as the biggest night of boxing in Belgian history.

Former Elite champion Casey will box Ibrahima Diallo who is just back from representing Belgium in the EU championship while Under 22 champ Sheehy will box heavyweight champion Bourkha Abdessamade in what is expected to be a sold out Spiroudome Arena.

Casey and Sheehy are both in training for the upcoming National Elite Championships at the start of February with Sheehy also looking to defend his Under 22 heavyweight crown in January.