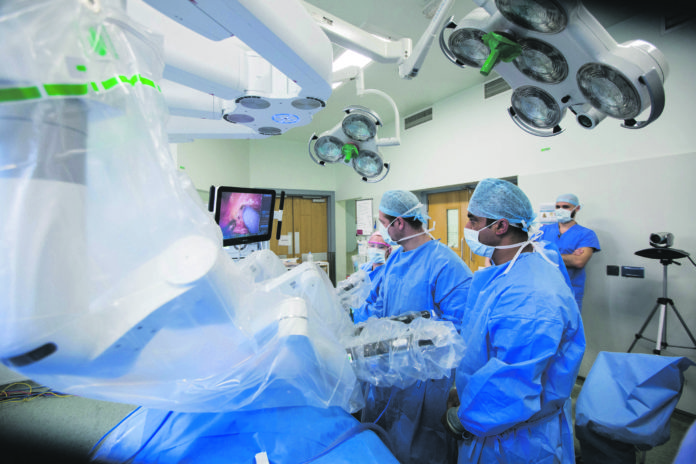 THE UNIVERSITY Hospital Limerick has topped the hospital overcrowding poll for 2018, with 11,437 patients having to wait on trolleys according to figures just released by the Irish Nurses and Midwives Organisation.

The next highest figures were for Cork University Hospital where 9,135 patients suffered being left on trolleys.

108,227 patients nationally went without hospital beds in 2018 which was a record high, according to new analysis by the INMO.

The INMO blames the crisis on low capacity and understaffing. The organisation has asked the government to work with them to develop real proposals that will resolve the recruitment and retention crisis in nursing.

But in a statement issued this week the organisation said that this has not happened, and 95 per cent of INMO nurses and midwives have voted in favour of industrial action.

The INMO Executive will meet on January 7 and 8 to set dates for strikes.

Chief executive of the University of Limerick Hospitals Group Professor Collette Cowan said in a recent interview that the emergency department at University Hospital Limerick was heading for 71,000 patients at the end of the year.

The increase is despite a concurrent increase in people visiting the minor injuries clinics in St John’s and other locations including Ennis and Nenagh.

9,780 patients had attended St John’s in Limerick city by the end of October, an increase of 4.6 per cent on the corresponding period the previous year.

Figures for the hospital group show that one in three emergency patients now go directly to one of the injury units rather than to the busy acute hospital’s emergency department.

In recent statements concerning the trolley crisis, the hospital group management has pointed out that the emergency department at UHL ”is one of the busiest in the country”.

“Additional measures which have been funded from mid-December to mid-January will help improve patient flow. These include the opening of the Acute Medical Assessment Unit at UHL on a 24-7 basis; the opening of a Surgical Short Stay Unit; additional emergency theatre lists; increased access to diagnostics three evenings per week and the opening of new intensive care beds.

“With our colleagues in Mid-West Community Healthcare we have established a Winter Action Team. The plan in the Mid-West will include additional resources for home care packages.

“UHL has 400 inpatient beds and this is recognised as not being sufficient for the needs of the Mid-West Region. A bid to build an additional 96-bed block on the UHL site has been submitted to the Department of Health and approval has been granted for funding of the design stage of the build”.

There are also plans for a 60-bed modular unit in the interim. This is contingent on funding and would take 12 months to complete.

Speaking after the release by the Irish Nurses and Midwives Organisation INMO Trolley Watch figures on Wednesday, Limerick Deputy Maurie Quinlivan (SF) said that while the figures were expected to be high they were truly startling.

“This is a national scandal; it is both not acceptable and disgraceful. It’s time to stop the spin and for the Government to get a handle on the appalling situation in UHL emergency department. Limerick people deserve so much better than this,” he added.