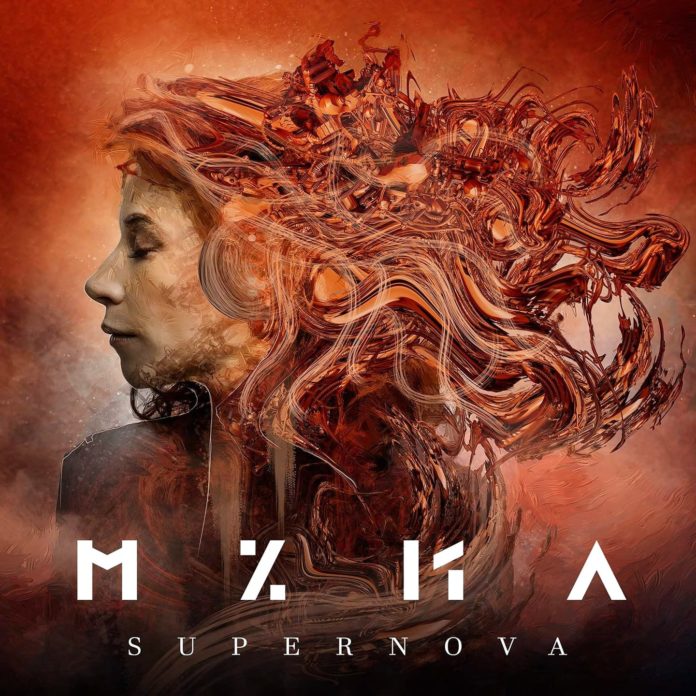 MZKA is Limerick producer, singer/ songwriter Jane Fraser. The new release ‘Supernova’ features a lush soundscape production with Arabic influences. The song was inspired by the Adam Curtis documentary ‘Bitter Lake’, according to the singer.

The track, which is picking up hugely positive comments on social media, is the result of a co-writing session with Eamonn Barrett (ex Royseven) and was recorded in the songwriter’s home studio.

“He gave me a beautiful chord progression that I wrote to. I put a rough demo production together and Paul Stanborough (producer) took the track to the next level.”

The Arabic influences in ‘Supernova’ are deliberate

“The sounds were all chosen purposefully. The song is about war in the Middle-East so I wanted to use traditional sounds with industrial/ military beats.

“The main sample in there is a Rubab which is an Afghan instrument and then we used morse code/mechanical style bleeps.

“I think I even had a chopped up helicopter sample in there at one point but it didn’t make it to the final stage!”

MZKA recently recorded her live set with a video crew at Record Rooms and plans to release at least two more tracks in early 2019.

The artwork for Supernova is by Ken Coleman.

MZKA has produced a stunning track and now as an independent artist needs to get this work in front of as many people as possible and hope that it picks up support along the way.

‘Supernova’ by MZKA can be streamed now on Spotify and shared on social media.