A MIX of political experience and newcomers enthusiasm is the formula that Fine Gael is presenting to the electorate in the local elections.

Chosen to run in the May poll for the Cappamore/Kilmallock area are sitting councillor Ger Mitchell; former councillor John Egan and newcomer Noreen Stokes.

Minister of State, Patrick O’Donovan, spoke confidently about the prospects of all three being elected, pointing to the success of the party in 2014, when Fine Gael won two seats while in Government and in the midst of the economic downturn.

“We won two seats then so I would be confident we would get three and be in with a challenge for four,” he said.

The Minister’s words could well indicate that party movers and shakers could insist on a fourth name being added to the ticket, given the fact that Cappamore/Kilmallock is a seven-seat electoral area and two of the candidates live in close proximity to each other.

Standing down this time out is veteran local representative, Bill O’Donnell.

A fourth-generation politician, Bill was first elected to the then Limerick County Council in 2009.

Among the many notables in his family is his Great Grandfather “Foxy” Tom O’Donnell, who was a founding member of Limerick County Council.

A solicitor practising in Limerick City, he is on the Board of Directors of the Ballyhoura Local Development Association and is a member of Bruff Rugby Club.

He is also involved in the horse racing industry in County Limerick. 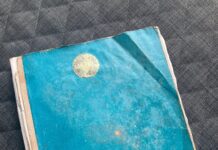