Home Rugby Munster WATCH: Johann van Graan on being in camp with Ireland and Dave... 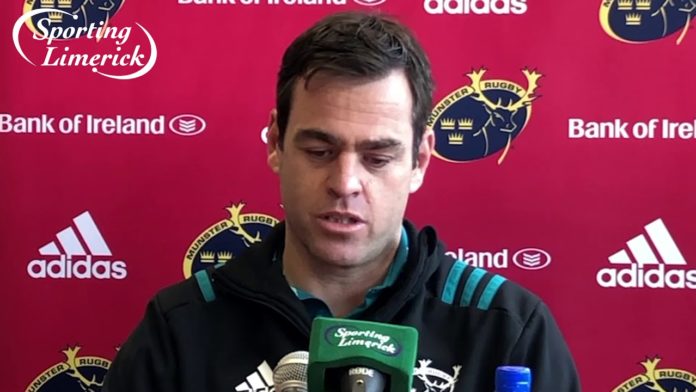 Munster head coach Johann van Graan spent some time with Ireland in the last week but it’s back to action with a Pro14 game this weekend.

His side are preparing for a return to action this Friday in Musgrave Park when they play Southern Kings.

Van Graan also spoke about the impressive form that Dave Kilcoyne has shown in recent weeks with Munster and for Ireland in the Six Nations.

“I’m so happy for Dave. I thought he was excellent against Exeter and I think over the last two test matches he has really found form.

“His scrummaging is really good but it’s his carrying. He is carrying with so much aggression.

“We all know the way he can defend but so happy for him to do well in a very well established Irish side.

The post WATCH: Johann van Graan on being in camp with Ireland and Dave Kilcoyne’s form appeared first on Sporting Limerick. 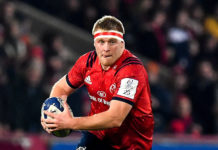