NOT every songwriter has lived the back-story that feeds a memoir with first hand acquaintance with iconic figures, controversial for the most part. Johnny Duhan’s published work, ‘The Voyage’, references Christy Moore, Gerry Adams, Eoghan Harris, William Penrose, Phil Coulter and creative artists Bill Whelan and Lelia Doolan, among many.

His is a new and raw output of 300 pages that goes deep into the heart of his parental family – Wolfe Tone Street here in Limerick – and his work as a songwriter, recording artist and visual artist.

The concept of The Voyage is tribute to his wife and children, and is layered with other interpretations and influences:

“Life is an ocean, love is a boat./ in troubled waters it keeps us afloat/ when we started the voyage there was just me and you,/ now look around us we have our own crew.”

‘The Voyage’ as in this autobiography is called after Johnny’s extensive spiritual and autobiographical song cycle, issued in albums over the years.

A refined man who has  laid down track with many great performers over the years, his confidence in life, his faith and ability with the written word will make for an interesting read.

Thirty years after he released the song ‘The Voyage’, this book is issued. Stand by for the Limerick signing on Thursday March 14 at Limerick City Gallery of Art, from 5.30pm and again, his performance gig there on a date later in March. 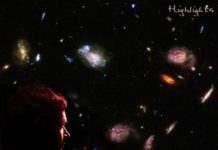