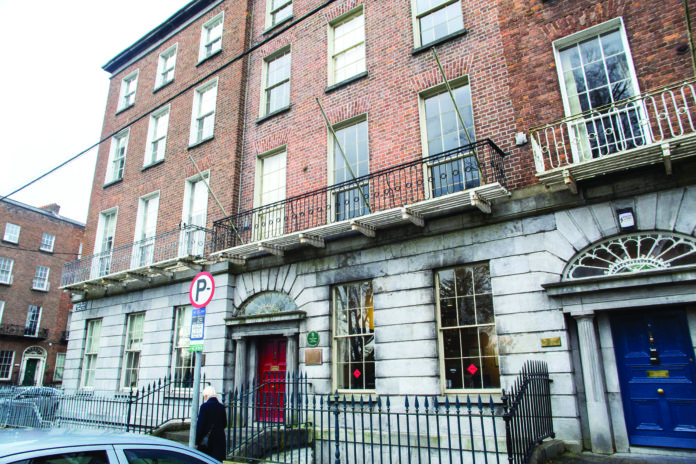 LIMERICK city councillors have agreed to lease the historic building at No 2 Pery Square to the Civic Trust so that it can be reopened as a ‘Little Museum of Limerick’.

Last Monday’s Metropolitan District meeting of Limerick City and County Council agreed to a 25-year lease on the building for a nominal rent of €1 a year.

The building, which was carefully restored by the Civic Trust, needs repairs and attention before it can be opened to the public, Director of Services, Gordon Daly told members in a briefing document.

“As a cultural and events space, the Georgian House played a key role in the year of Limerick’s City of Culture. There is an opportunity to build on this. One of the strengths of this proposal lies in Limerick Civic Trust’s ability to deliver a high-quality product that enhances the current offering both to the people of Limerick and to guests of the city”.

City East representative, Cmhlr Séighin Ó Ceallaigh (SF)  said there “should be a safeguard built into the lease, to ensure that the lease is used for the purpose that is stated”.

City North councillor, Michael Hourigan (FG) said “We need to be careful of how No2 Pery Square will be used. We need to be conscious of this and police the use of it”.

Cllr Marian Hurley (FG), Cty East said there “needs to be a meeting of minds between the Board and the Executive, a good plan needs to be put in place”,

“People who work for the Civil Trust do a great job. Culture events must and should take place there,” he said.

by Miranda Leahy and Rebecca MacMahon