To help mark the occasion and thank fans for their support over the years, Seoda Shows brought top Dublin punk band Fontaines D.C. to the Warehouse giving music fans a real birthday treat.

The band has enjoyed a hectic schedule of late with a European tour and back to back singles like ‘Too Real’ and ‘Big’ getting plenty of buzz with critics. They feature on NME’s 100 of essential new artists for 2019. The boys will head to America in March and a sold out tour in the UK in April awaits them plus April will see the release of their debut album ‘Dogrel’ with Partisan Records.

Joining the Fontaines DC on the night were other brilliant bands like The Altered Hours, Just Mustard, FONDA and Odd Morris. Not surprisingly, the exciting line up was lapped up by fans who descended on the Warehouse for the high energy birthday gig. 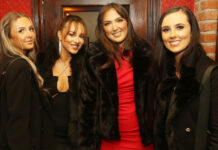 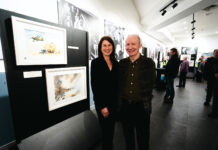