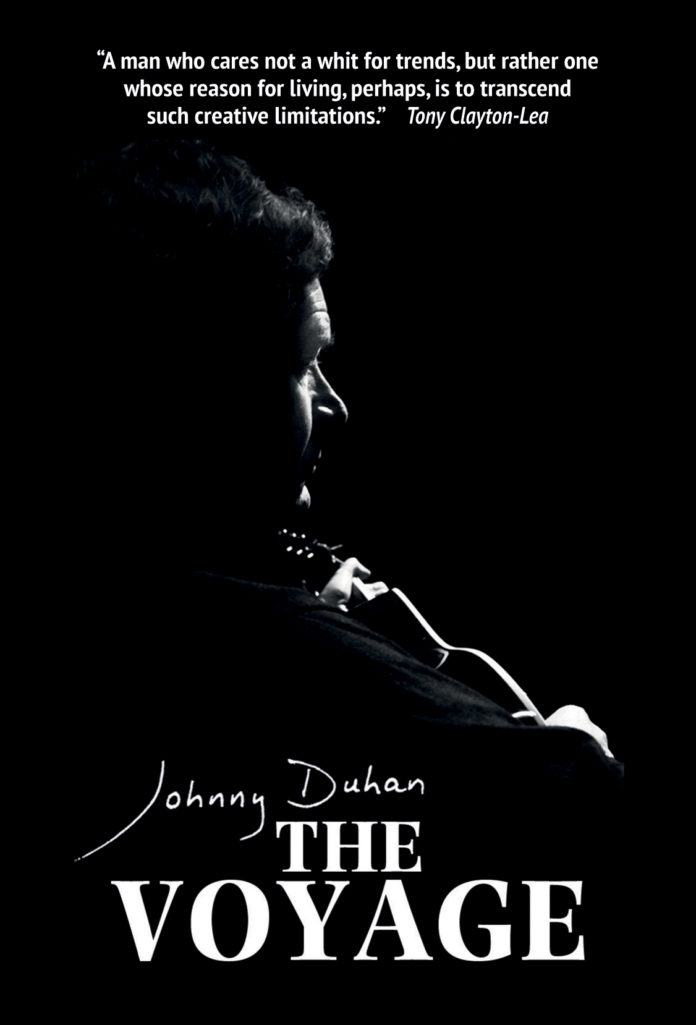 LIMERICK singer songwriter Johnny Duhan writes about how his classic composition ‘The Voyage’ turned him into a Derryman in his autobiography of the same title which will be launched this week.

SOME years back when news broke that the Volvo Ocean Race was coming to Galway, a friend suggested that I submit a proposal to sing ‘The Voyage’ in the docking area while the yachts were arriving.

I wrote to the organising committee and contacted the harbour master, Brian Sheridan, who weighed in behind my submission. The organisers attended one of my performances and showed such a keen interest in my proposition, I thought the gig was in the bag.

But I waited for official confirmation of the booking in vain.

By coincidence, two years after this disappointment, I received a letter from Derry City Council with an offer to perform ‘The Voyage’ on the bank of the Foyle as part of The Legenderry Maritime Festival 2014, organised around the hosting of a Derry Volvo Ocean Race visit, similar to the Galway leg, which had tripped me up.

The coincidence was so uncanny I found it hard to overcome a feeling that someone was pulling my leg, but a follow up call from one of the chief administrators confirmed that the Derry offer was real.

Originally I was booked to play an afternoon spot on one of the main outdoor stages, with my daughter Niamh accompanying me on violin, but a few days before we were due to head north, I received another call asking me if I would also sing ‘The Voyage’ as a feature during the gala farewell ceremony that was planned for the yachts leaving Derry, with an enticement (as if it  was needed) of my fee being doubled to lure me along.

To ensure I was in good fettle for the early performance, they also booked a hotel the evening before the event for myself and my daughter and granddaughter, Kate. As we drove northward it seemed that things couldn’t get any better.

After a night of being wined and dined in a four-star hotel close to the Foyle, we arrived at the marina after early Mass and discovered that the  location for my performance was a floating pontoon moored to a jetty close to the berthing ramp where the Clipper yachts were lined up with their elegant coloured sails hoisted for departure.

Boarding the raft with my guitar was like stepping into a boyhood dream, for one of the first things I spotted as I sat in front of a bobbing microphone (connected to a PA system scanning the quayside) was a pirate ship with a black skull and crossbones flag flying from the main mast. This was appropriate, as Robert Louis Stevenson’s Treasure Island was one of the influences that inspired the song I was about to sing.

To cut a long story short (the full version is logged in my autobiography The Voyage, due for launch next Thursday), I sang ‘The Voyage’ while the yachts were weighing anchor. Thousands of quayside families joined in the chorus and gave me one of the biggest uplifts of my career.

‘Life is an ocean, love is a boat,

in troubled waters it keeps us afloat;

when we started the voyage there

was just me and you;

now look around us,

we have our own crew’.

The following morning, a front-page feature in the Belfast Telegraph headed ‘Legenderry send-off as thousands bid farewell to Clipper yachts’ described how ‘local singer-songwriter Johnny Duhan performed his hit The Voyage during the Parade of Sail.’

I’m not sure how the journalist got his facts wrong about my place of origin, Limerick, but, given that the city of Derry afforded me one of the highlights of my life, I was more than happy with the adoption.