Home Sport Other St Micheal’s Rowing Club’s Head of the River to take place this... 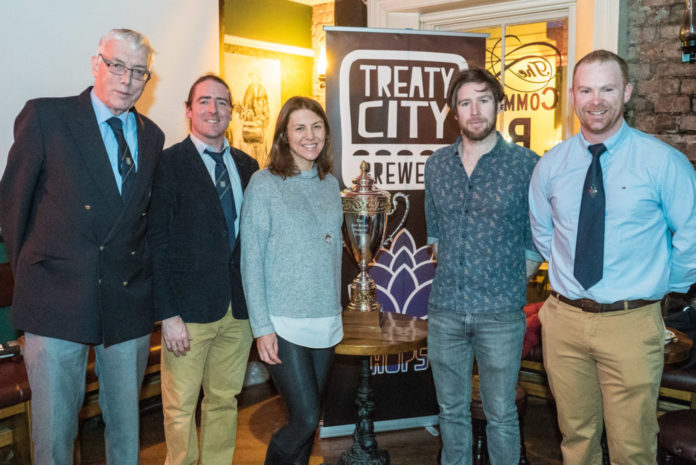 Following on from the success of last year’s event, the annual St. Michael’s Head of the River will take place in Limerick City on Saturday next, 16th March. Attracting crews from all corners of the country, the event will be sure to provide some fiercely competitive racing as well as fantastic views
for spectators from Barrington’s Pier, O’Callaghan Strand, and Shannon Bridge.

Usually held in O’Brien’sbridge, County Clare, the Head of the River was moved into the city for the first time last year due to severe flooding owing to O’Brien’sbridge’s close proximity to the Ardnacrusha hydroelectric power station. However, the event was a resounding success attracting
some of the finest junior, university and club crews eager to test themselves on a five-and-a-half kilometre tidal stretch of the Shannon which presented its own unique challenges such as the effects
of strong flows and winds, which can help and hinder in equal measure depending on a boat’s position on the river.

This year, the event has 72 crews entered to go up against the clock vying for pennants awarded to the fastest crews in this long-distance time trial style event. Some notable crews include a UCD Men’s Senior Eight fresh off the back of a victory in the Gannon Cup from the previous weekend. UCD are also fielding a Men’s Intermediate Eight, also victorious in their recent Colours fixture with Trinity, but they will have strong competition from Cork in the form of a Shandon Boat Club crew, as well as a UCC crew who competed in challenging conditions abroad at the Heineken Roeivierkamp in Amsterdam last weekend, meaning they’ll be ready for whatever surprises the Shannon might offer.

The Men’s Senior Four sees a local derby between hosts St. Michael’s and University of Limerick, both eager to lay down a marker at what would be familiar water for most of these oarsmen. The Men’s Masters Eights sees six crews entered. Among them are a St. Michael’s crew as well as a Castleconnell boat and a Castleconnell/Shannon composite ensuring plenty of local representation in the Master’s category. They will be joined by a host of composite crews formed from a multitude of clubs, many of whom will be familiar with this stretch having competed on it at the St. Michael’s
Masters’ Regatta last August. The Men’s Junior Eights will see St. Michael’s and Shannon aim to fend off strong competition from Galway in the form of Coláiste Iognáid and St. Joseph’s.

The Women’s Master’s Eights sees crews from Gráinne Mhaol, the alumni club of N.U.I Galway, their local rivals Tribesmen RC as well as a Castleconnell boat and even a crew from Portora BC making a
journey from Enniskillen to show their worth in this event. The Women’s Junior Eight sees St. Michael’s and Bann go head-to-head in order to stake a claim for the fastest junior women’s crew, these two crews having recently faced each other at Erne Head of the River in Fermanagh only two weeks previous.

Pennants aren’t the only prizes up for grabs, however, three special trophies are to be awarded based on either a points based system and the fastest overall crew. The Jim “Monty” Ahern Cup will be awarded to the most successful club across the men’s categories, while the most successful club in the women’s category will receive the Ailish Sheehan Cup. The fastest overall crew will be presented with the Pat Brinn Memorial Trophy, each of these a fitting tribute to members the club sadly lost in the recent years.

However, the event isn’t all about the racing. With generous sponsorship from the Commerical Bar and Treaty City Brewing, some well-deserved drinks will be available after the racing as well as the
final match of the Six Nations seeing Ireland make a bid to stop Wales’ drive for the Grand Slam.

With a bit of help from weather, the event is sure to set the scene for a busy St. Patrick’s Festival taking place in the city.

The post St Micheal’s Rowing Club’s Head of the River to take place this Saturday appeared first on Sporting Limerick.