Limerick FC defeated Cobh Ramblers in an entertaining contest at the Markets Field. Two goals from Kieran Hanlon and one from Conor Ellis provided the victory and first goals of the season. Jaze Kabia scored for Cobh in reply.

Limerick FC looked very determined to get on the scoresheet in the early stages and good link up play between Ellis and Hanlon resulted in the former blazing over the crossbar.

However, it didn’t take Tommy Barrett’s men long to register their first goal as Hanlon reacted quickest to a Killian Brouder flick before planting a right footed shot into the corner to give Adam Mylod no chance.

Limerick doubled their lead through a superb solo effort from Ellis who picked up possession in his own half before evading two challenges and smashing the ball beyond Mylod.

Immediately, Cobh pulled one back as a lack of concentration in defence allowed Jaze Kabia to slot past Jack Brady for his third goal of the season.

The Shannonsiders responded well and Hanlong grabbed his second of the night as he latched on to an Aaron Fitzgerald ball before finishing emphatically to the far corner.

Watch below as Tommy Barrett reacts to the victory. 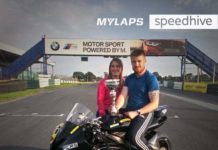