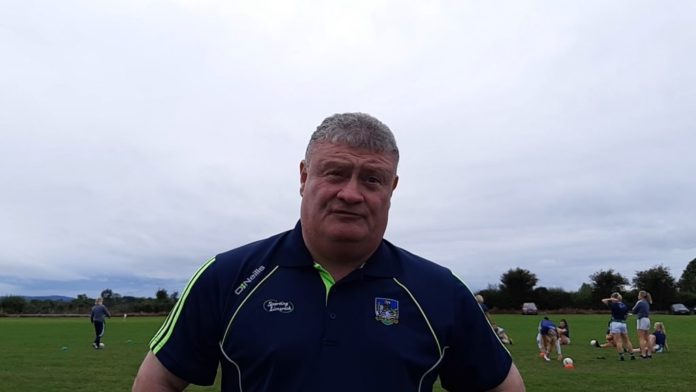 Limerick’s ladies gaelic football team kept their promotion hopes alive with a facile 7-20 to 1-3 victory over Kilkenny in Askeaton yesterday.

The result was already decided as Kilkenny arrived to Limerick with only 11 players, but Limerick decided to play the game – starting with 13 against Kilkenny’s contingent.

Limerick got to their task quickly with early goals from Orlaith O’Donoghue and Siofra Keane.

Further three pointers followed from Grainne Cronin and O’Donoghue to give Limerick a 4-12 to 0-2 advantage at half time.

Limerick continued to boss things after the break and goals from Keane, Cathy Mee and Kirsty Carroll completed the rout.

“We knew coming into the game that we needed a high score and we got that,” said Limerick manager John Ryan after the game.

“We are on the road again next week against Derry. We got the high score, but he now have to prepare again this week for Derry.

“A lot of the players got game time and put up their hand. That’s very, very positive. You need to be using your panel.”