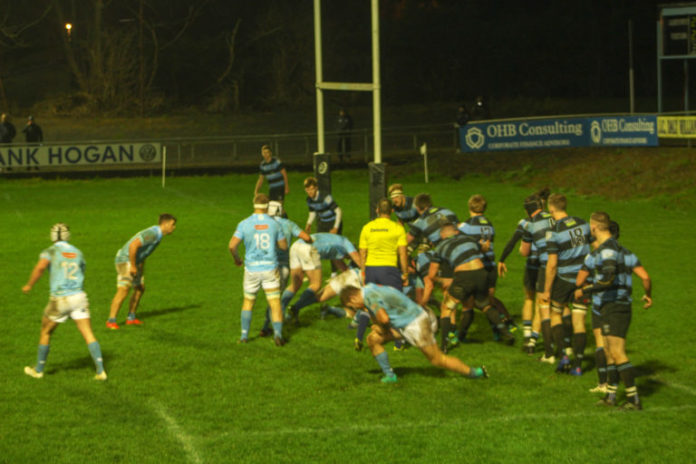 There are only three games remaining in the league stage of the All Ireland League Division 1A and all three Limerick sides involved need wins for varying reasons.

Garryowen need a victory to keep their hopes of a top four finish alive, while Young Munster and Shannon need positive results in their bid to avoid the drop to Division 1B.

Garryowen welcome second placed Clontarf to Dooradoyle knowing that a home win could see them overtake Dublin University. The Light Blues currently sit in fifth position in 1A, one point off Dublin University, who lost to Young Munster on the last occasion they visited Limerick.

Clontarf offer a stern test for Conan Doyle’s men, but they
should have out-half Ben Healy available for selection after his exploits with
the Ireland U-20 Six Nations Grand Slam winning team. Garryowen beat UCD in
their last game.

Young Munster moved into seventh place after beating Dublin University last time out on a 24-14 scoreline.

The Cookies scored four tries in dispatching their opponents at Tom Clifford Park and make the trip to the team immediately in the table, UCC, on Saturday.

Gearoid Prendergast’s men know that a win would give a huge boost to their hopes of survival and would put them at least five points clear of UCC. They should go into the game full of confidence after recent victories.

Shannon also have a must win game on Saturday when they face Terenure at Thomond Park. They are in the midst of a wretched run that has seen them lose their last five AIL games.

Tom Hayes’ side have slipped to second bottom as a result of the poor form and need a positive result when they face bottom placed Terenure.

‘Nure earned a 39-29 victory against UCC in their last game and will be buoyed ahead of their trip to Limerick.

In Division 2A, UL Bohs face a local derby when they make the trip to Nenagh Ormond on Friday night.

Bohs are in fifth place in the table and as a result and no matter the result in Tipperary, they will not return to 1B at the first attempt.

It’s a similar story for Old Crescent who lie in sixth. Crescent came up from 2B at the beginning of the season and consolidation is a positive step for the Rosbrien outfit. They face Dolphin on Saturday.

Thomond are in major danger of dropping out of the AIL as they sit four points adrift at the bottom of Division 2C. They are without a win in four games and make the trip north to Omagh this weekend.

Bruff’s promotion hopes remain a real possibility despite their loss to Ballina two weeks ago. Bruff are five points off second placed Midleton, but a win over Tullamore could reignite their playoff chances.

In the Women’s AIL, UL Bohs play Galwegians in Crowley Park on Saturday at 4pm.

The post Crucial weekend for local All Ireland League teams as end of season nears appeared first on Sporting Limerick.