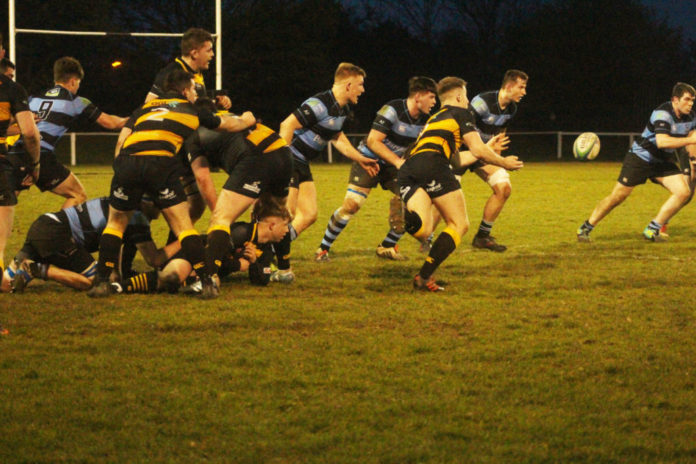 The two relegation places in Division 1A of the All-Ireland League are sill undecided heading into the final game of the season this weekend.

Sixth placed Young Munster are on 34 points along with UCD, while UCC and Terenure sit on 31 points each.

Shannon are further behind on the bottom of the table on 27 points after the heavy defeat to Young Munster last Friday and in the automatic relegation spot.

Shane Airey kicked four conversions for Munsters. Nathan Randles’ try on the stroke of half time gave Shannon hope but it was not to be for Tom Hayes’ men.

They now must beat Cork Con at home this weekend to have any hope of staying in the top flight for a second successive season. Munsters face a mouthwatering clash with Terenure in Castle Avenue.

Garryowen’s slim hopes of reaching a top four playoff spot ended with a 54-26 loss to Lansdwone at the Aviva Stadium.

The Light Blues had a penalty try and five pointers from Cian O’Shea, David McCarthy and Luke Ashmore in defeat.

UL Bohs finished their home fixtures in Division 2A with a 24-21 defeat of Galwegians in a cracking contest.

Bohs were 21-0 down during the game but produced a stunning comeback to earn a three point victory. They visit Highfield in their final game of the season.

Old Crescent fell to a disappointing 33-12 loss to Cashel in their penultimate game last Friday. They play Queens University in Rosbrien on Saturday.

In Division 2C, Bruff still have a playoff spot in their midst despite the 27-19 defeat to City of Derry. A home win over second placed Midleton will guarantee a top four finish.

Thomond remain bottom of 2C despite a 21-10 over Bangor. Thomond visit Seapoint in their final game this weekend. They will need a huge win to have any hope of avoiding finishing in last place