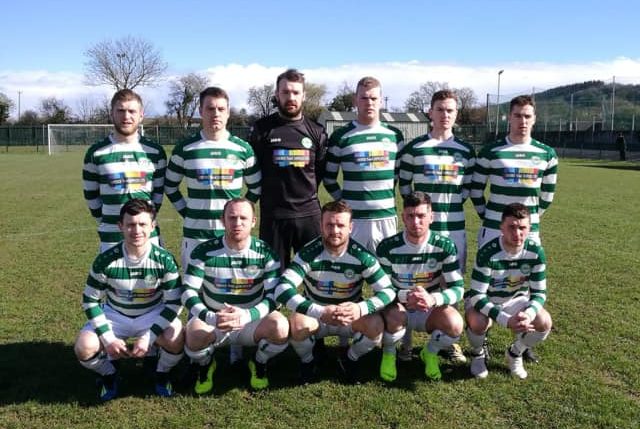 The dates and times for the semi-final stages of the Munster Junior Cup have been announced by the Munster Council. Both ties will take place on the weekend ending April 28.

There is great Limerick interest in the competition as holders Pike Rovers host Newmarket Celtic in Crosagalla on Saturday, April 27 at 6.30pm. Pike will be looking to win the competition for the third consecutive year.

Pike and Newmarket met in the 2018 FAI Junior Cup semi-final at the Limerick venue with Mick Sheil’s men emerging victorious on a 3-2 scoreline.

Pike have beaten Waterford sides Hibernian FC and Carrick United in the last 16 and quarter final respectively to reach this stage of the competition.

This seasons surprise package Geraldines face an extremely tough task to reach the final for the first time since 2014 when they face St. Michaels at the Markets Field on Sunday, April 28 at 2pm. It is the perfect venue for the semi-final as it is just a stone’s throw from the Garryowen side’s clubhouse.

Geraldines defeated a host of Limerick sides before defeating much fancied Douglas Hall and Ballynanty Rovers in the last 16 and quarter-finals of this year’s competition.

Both opponents defeated Limerick opposition to reach the last four with Newmarket Celtic earning a hard-fought 0-1 win over Regional at Dooradoyle courtesy of an Eoin Hayes goal.

Hayes will prove a real threat for Newmarket and was named Irish Junior international player of the year for 2018. The Clare outfit also have former Limerick FC captain Pat Purcell among their ranks.

St. Michaels were 4-1 winners over Kilmallock in the other quarter final and reached the final of the FAI Junior Cup at the Aviva Stadium in May following a 2-0 win over Glengad at Cooke Park.

The Tipperary outfit defeated Geraldines in the final of the competition in 2014 thanks to a goal from Jimmy Carr who still is the biggest attacking threat for them. Former Limerick District League duo Olly O’Driscoll (Regional) and John Connery (Carew Park) will feature for James Walsh side.

The Limerick soccer public will be hoping for an all Limerick final which would take place in mid May.