A SENIOR Garda has revealed that resources in the Bruff district are focusing on Bruree after a spate of crime in the area.

Superintendent Brian Sugrue was giving a briefing on policing in the Bruff District at last week’s Cappamore/Kilmallock district meeting of Limerick City and County Council when he said that local Gardaí have been getting support from the Armed Response Unit as well as the traffic corp, following a “number of issues” in recent weeks.

“Bruree is my priority for additional resources at present. If we have extra Gardaí assigned to the district, I will be putting one in Bruree,” he told the local councillors.

Tensions in the village are high after a sinister video of three men wearing balaclavas and brandishing guns appeared on social media. It’s believed the video was shot in Bruree.

A man was arrested on the same day that the video appeared on social media.

One empty house in the town has been ransacked 12 times in one year while another house was burgled during the owner’s funeral.

Apart from Kilmallock, this was the highest for any town or village in the Bruff Garda District.

Supt Sugrue also supplied the councillors with a list of names of community Gardaí for the various villages and areas in the district.

“It is a live list and may change over time but at least people will have a name and a number they can ring. Some people might be reluctant to contact a complete stranger.”

He told the meeting that community policing is very much a priority in the district now “for quality of life issues”. People can still call 999 for emergencies and serious crime issues. 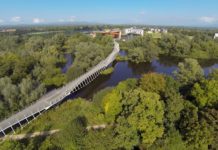 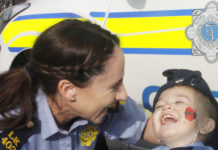 Man arrested and charged following robbery and burglary in Limerick