Home Rugby Munster WATCH: Johann van Graan on needing to improve if they are to...

Munster bowed out at the semi-final stages of the Champions Cup for the third successive year on Saturday when they were defeated 32-16 by Saracens.

The English champions were full value for their victory, which was their second victory over Munster at this stage in three years.

“We’ve got to improve in all areas. We saw at the weekend what it is to be a truly world class side and they performed in all areas of the game.”

Munster entered the game without the services of Joey Carbery and Keith Earls and were made to pay against the quality of Saracens who had ample options both on and off the field.

In just his first full season with the province, this will be a learning curve for van Graan who has added much to Munster this year.

“Their bench made a bid impact at the end so we’ll have to make improvements in all facets of the game if we want to get to a European Cup final.”

See the interview with van Graan in full below.

The post WATCH: Johann van Graan on needing to improve if they are to reach European final appeared first on Sporting Limerick. 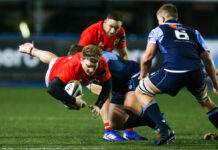 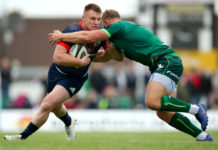 WATCH: Highlights as Munster prepare for Pro14 with big win over Connacht 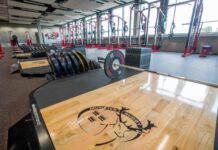 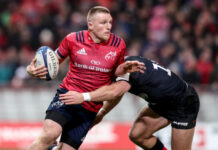