A NEW documentary film ‘The Picture House’ will show at Millennium Theatre, LIT at 7.30pm on Thursday 25.

Produced and directed by Dave Burns, ‘The Picture House’ looks back at the glory days of the Limerick city  cinemas and features archival footage and photographs of The Savoy, Royal, Lyric and Tivoli.

It probes the memories of former cinema workers and patrons.

“Dave and I  had previously worked on the ‘Kemmy’ documentary together which completed a year ago,” says editor Simon McGuire. “He approached me as he had been working on this with Keith Bogue, Paul Lynam and others. I have a background in film and was very interested in the content. There was easily 20 hours of footage to scroll through and edit down, between all the interviews and all the photographs.”

Limerick Film Archive’s Declan McLoughlin is a contributor and Joe Coleman was in a big way, the cineaste and author of ‘House Full’.

“Next to sport, cinema has always been Limerick’s main cultural pursuit,” comments the documentary editor.  “Even today, without a city-centre cinema [Belltable club excluded], almost a million cinema tickets are sold in Limerick every year.

“The hour long film revisits the stories of the different cinemas…. the 1953 cinema workers’ strike, the censorious attitude of the local authority and the Church, and the slow and inevitable decline of the single screen cinema.”

Presented by playwright Mike Finn, the hour long film revisits the venues, their movies and the stories.

Author/ historian Dave Burns is active in the planned redevelopment of the Royal Cinema in Cecil Street and in Fresh Film Festival. 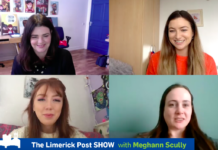 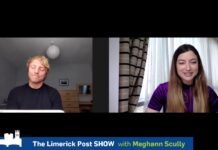 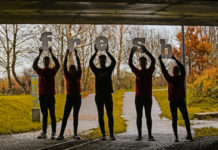 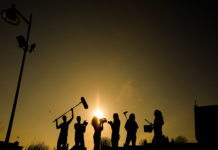