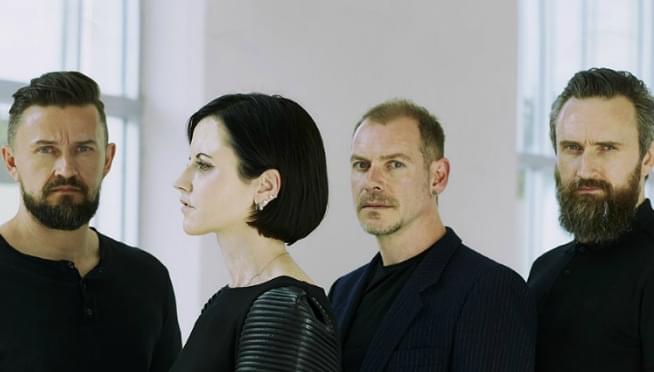 IT can be difficult to appreciate or be aware of the sheer volumes of loyal fans The Cranberries has throughout its near 30 year career on a global scale. Any update from the band on social media would be greeted by thousands of followers from the four million on Facebook to the 1.8 million on YouTube eager to hear about a new tour of new music coming from the quartet.

With the passing of Dolores O’Riordan, the attention from fans across the world was phenomenal, even the band struggle to quantify it.

Drummer Fergal Lawlor tried to put his reaction to the outpouring of love for Dolores into words.

“I was pretty gobsmacked, you know, with the outpouring of emotion after Dolores passed away.

“In scenes in New York and Russia, outside the embassy, it was just incredible to see how much impact the songs and the music had on people.”

Across the world this week, fans will greet the release of ‘In The End’ in their own way. Some will see it as a celebration of the music that the band and their iconic lead singer made; some will not even be able to listen to the album for a while yet as they process the loss of Dolores O’Riordan.

In Rome, Italy there will be a Cranberries Memorabilia Exhibition curated by the CranberriesItalia fansite from April 26 to May 3 at Discoteca Laziale, Via Mamiani, 62/A, a prominent record store in the city.

Chatting to Paolo Catena this week from CranberriesItalia, which was founded in 2001, the organisers are hopeful that the new album will be a tribute to Dolores O’Riordan and her great love of music.

Speaking about the album release, he says it is a “great gift for the millions of fans who are perfectly aware of the great effort made by Noel, Mike and Fergal to complete this album that had been started together with Dolores and that they found great inner strength to complete it and make us this last great gift.

“We believe it is really a beautiful way to end an adventure that a sad destiny has interrupted forever.”

Italian radio stations have been very supportive of the singles released so far and have been rediscovering the classics from the Limerick band in the last year.

Working in collaboration with record company BMG Italy, the fan-site has organised an exhibition of memorabilia dedicated to the band in Rome. Noel, Mike and Fergal made a video piece highlighting the exhibition

“They complimented us for all the activities carried out in these years and for having constituted a point of reference for Italian fans,” added Paolo.

Last year, Cranberries Italia held a tribute concert in Rome on St. Patrick’s Day. The founders of the fan-site wanted to make a special connection with Limerick and used the concert to raise funds for a Limerick Learning Hub Songwriting Workshop in memory of Dolores.

The concert and fundraising drive by the volunteer-led Cranberries Italia raised €2,000 for the project.

Cranberries World is a portal for fans to engage with each other and share news on the band which has thousands of followers since its inception in 2011. Members of Cranberries World attended the University of Limerick in January to witness the Honorary Doctorate conferring  made to The Cranberries for their achievements in music.

Chatting by email to Limerick Post this week, a representative from the site, who wishes to remain anonymous, confirmed that some members will make the journey to Limerick, to Dolan’s for the panel discussion and first public airing of the album this Thursday April 25 that is organised by Steamboat Music.

“This launch party is probably one of the last opportunities for fans to gather together – as we used to at concerts – and share our emotion.

“I’ll be, however, leaving the room when they start playing the music. I’ll then be spending April 26 where my heart takes me, far from the radio waves, the Internet, the media reports and others fans comments to get through this challenging day that could have been all about excitement, like any other Cranberries’ release, if things had been different.”

The Cranberries World team who run the site hails from the four corners of the world (Canada, USA, UK, France, Russia) and their statement reflects the mixture of emotions that the release of this final album will bring.

“We’ll all get through this release date in different ways. The Cranberries’ music speaks to us all differently as individuals who identify to the experiences in life Dolores sings about, how we feel about this ultimate album is very personal to each of us.

“Many fans will probably welcome ‘In The End’ as a priceless gift that will enable them to enjoy some Cranberries’ treasures one last time (it looks like this album really is a masterpiece!). Others might find closure in this release.

“Reaction to the release has seemed to be met positively by fans. As for the CW members, we continue to support Noel, Mike and Fergal in all endeavours and respect their judgement through this time that we acknowledge must have been very hard for them as well, going through this recording as they were still mourning the loss of Dolores, but also going through promotion and interviews in such circumstances.”