“YOU can’t have two first citizens,” former Mayor Kevin Sheahan insisted this week as councillors voted to change the title of the Metropolitan Mayor of Limerick.

Cllr Sheahan, who was the first Mayor of Limerick City and County after the amalgamation of the two local authorities in 2014, claimed there were some “embarrassing moments” during his term in office.

“The two mayors that year were both named Sheahan and they were both from Askeaton, which added to the confusion.

“We did some research at the time and we discovered we were the only city in the world with two mayors. People would ask ‘how do you have two mayors?’ but there was no real explanation,” Cllr Sheahan revealed.

“This has been an issue for a while. People don’t know if you are big mayor or small mayor, little mayor or large mayor. We need clarity on this for the people of Limerick,” he insisted.

Another former Mayor of Limerick City and County, Cllr Liam Galvin agreed there was “too much confusion” around having two mayors.

“The role of mayor is very important. It is more important now than ever before and those who were mayor during the first term of this council were top quality, topnotch. I support the proposal to change the name of Metropolitan Mayor to Cathaoirleach.

Independent councillor John Gilligan, himself a former Limerick mayor, didn’t think the title of Cathaoirleach of the Metropolitan District of Limerick “carried the same weight”.

He also hit out at Fine Gael and Fianna Fáil for their “comfy” arrangement of alternating mayoralties over the last five years.

Council Chief executive Conn Murray pointed out that the office of mayor had “evolved” since the amalgamation of the two local authorities but said it is still “a critically important position”. 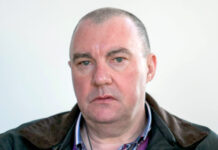