Home News Crime & Court Man arrested in relation to burglary at a house on South Circular...

Gardaí have arrested a man in his 30s in relation to a burglary at a house on South Circular Road, Co Limerick that occurred on May 2, 2019.

Shortly before 7:30pm Gardaí received a report of a burglary that had just occurred on South Circular Road. A description of the suspect was circulated to Gardaí from Henry Street who were patrolling the area and a man in his 30s was arrested.

He is currently detained at Henry Street Garda Station under Section 4 of the Criminal Justice Act 1984. 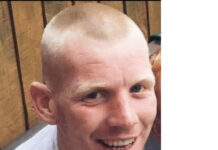