A SENIOR HSE clinician has come in for scathing criticism after he suggested that a court judgement could halt the cervical screening programme.

The controversy erupted as two US laboratories involved in the scheme appealed the landmark judgement in the case of terminally ill Limerick woman, Ruth Morrissey who was awarded a €2.1 million settlement last week.

“The issue here is that you have a senior manager in the HSE, Dr Peter McKenna, alluding to the fact that at a crisis meeting calls were made to shut down screening. Now that sounds almost vindictive to me.

“That is totally unnecessary and unjustified based on this court judgment which is nothing new. The test hasn’t changed. Why should Irish women not be entitled to the same standards of care in their screening that their sisters in the UK are?” he asked on RTÉ radio’s News at One.”

However, Health Minister Simon Harris said the screening programme should not be stopped, even on a temporary basis.

US laboratories, Quest Diagnostics and MedLabs have both sought leave to appeal a €2.1 million judgement against them and the HSE on foot of a case taken by Ms Morrissey and her husband Paul. The appeal is to the Supreme court.

Allowing the appeal, Mr Justice Kevin Cross granted a stay on his final judgement providing €700,000 is paid to the 37-year-old mother of a seven year old girl immediately.

The couple sued after Ms Morrisey developed cancer following a misreading of her CervicalCheck smear tests.

The HSE were found culpable to the tune of €10,000 for failing to inform the Monaleen woman of the results of an audit of her tests. Thay had admitted liability in the non-disclosure aspect.

She won her case against the HSE and the two US laboratories in relation to the testing of her cervical smear slides in 2009 and 2012 in the landmark action relating to the CervicalCheck controversy.

In his ruling last week, Mr Justice Cross stated that “absolute confidence” is the screeners’ practical duty in relation to their analysis of what was on a slide. 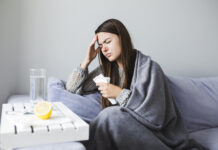 World Sepsis Day – Have You Asked, ‘Could it be Sepsis?’