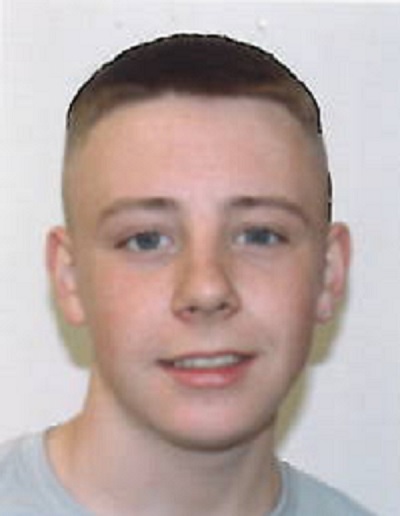 Gardaí are seeking the public’s help in tracing the whereabouts of Eric McLoughlin, 16 years, who is missing from Limerick City since May 24, 2019, at approximately 9am.

He is described as being approximately 5’7 and having Fair/Brown hair with blue eyes. His hair is short and shaved at the sides. He is of slim build and when last seen he was wearing Wine Nike Tracksuit Ends, a Black/Grey North Face jacket and Nike Runners.

Anyone with information on Eric’s whereabouts are asked to contact Gardaí in Mitchelstown Garda Station on 02584833.