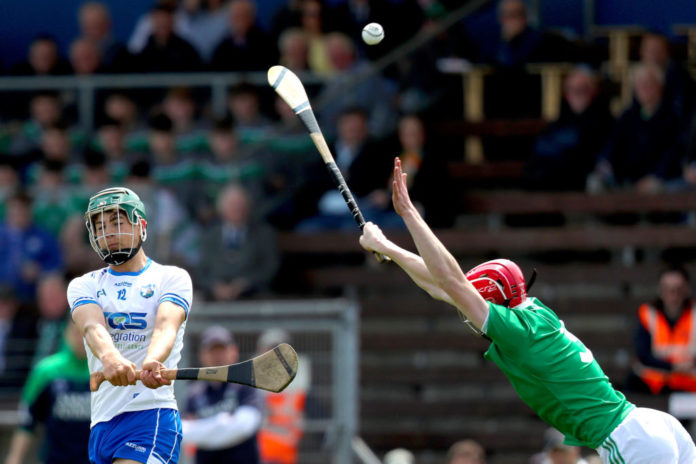 For the second game running, the Limerick minor hurlers were involved in a game that was drawn with a last gasp free as they drew with Waterford 0-11 to 0-11.

While Cork snatched the draw in the Gaelic Grounds last time out, in Walsh Park, Cathal O’Neill would prove to be his sides saviour scoring from a free with the last puck of the ball.

Limerick started the game in promising fashion and had opened a 0-4 to 0-0 lead within six minutes with scores coming from Cathal O’Neill (x2), Patrick Kirby and Aidan O’Connor.

Waterford replied accordingly and had reduced the deficit to one after 17 minutes.

A Cathal O’Neill point stretched Limerick’s lead to two but consecutive scores from Waterford had the game level for the first time with 25 minutes on the clock.

Limerick would finish strongly and points from O’Neill and Adam English saw them take a 0-7 to 0-5 lead into the break.

With 35 minutes on the clock Patrick O’Donovan came very close to notching the opening goal of the game with his shot coming crashing back off the post and cleared to safety before Patrick Kirby scored the opening point of the half moments later.

Waterford scored the next two points and once again there was only a solitary point between the sides.

Good interplay between Kirby and O’Neill saw the latter fouled near the sideline with the Crecora man making no mistake from the placed ball.

The next score would go Waterford’s way leaving the minimum between the sides with eight to play.

The game was level on 56 minutes with Waterford tacking on a deserved equalizer.

Waterford’s Reuben Halloran would get his second in a row a minute later to pull his side ahead.

Cathal O’Neill would expertly catch the subsequent puck out from gaoleeper Jack Franklin before being fouled. He cooly converted that free to draw the teams level heading into the four minutes of injury time.

After a frantic three minutes with both sides missing chances, it would be the home side that would get the score to push them ahead, coming from Michael Cummins.

Once more though Limerick would show their mettle with Colin Coughlan catching the puck out before being fouled.

O’Neill stepped up once more to earn his side the draw, their second of the competition.