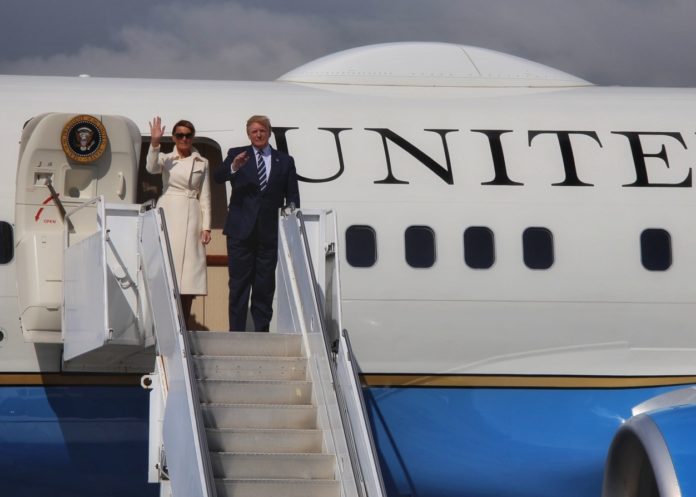 US PRESIDENT Donald Trump has touched down at Shannon Airport with his wife, First Lady Melania.

The President did not, as expected, arrive on board Airforce One but landed a few minutes behind the official jet on another plane.

He was greeted on the runway by, among others, Taoiseach Leo Varadkar. The two leaders are now due to have a meeting at the airport before the President and his entourage leave by helicopter for Trump’s hotel and golf resort at Doonbeg.

Protests which had been arranged for his arrival were held a short distance from the airport and a €10 million security operation has been put in place for the visit.