Home Sport Soccer WATCH: Madrid – An unforgettable experience even without a ticket 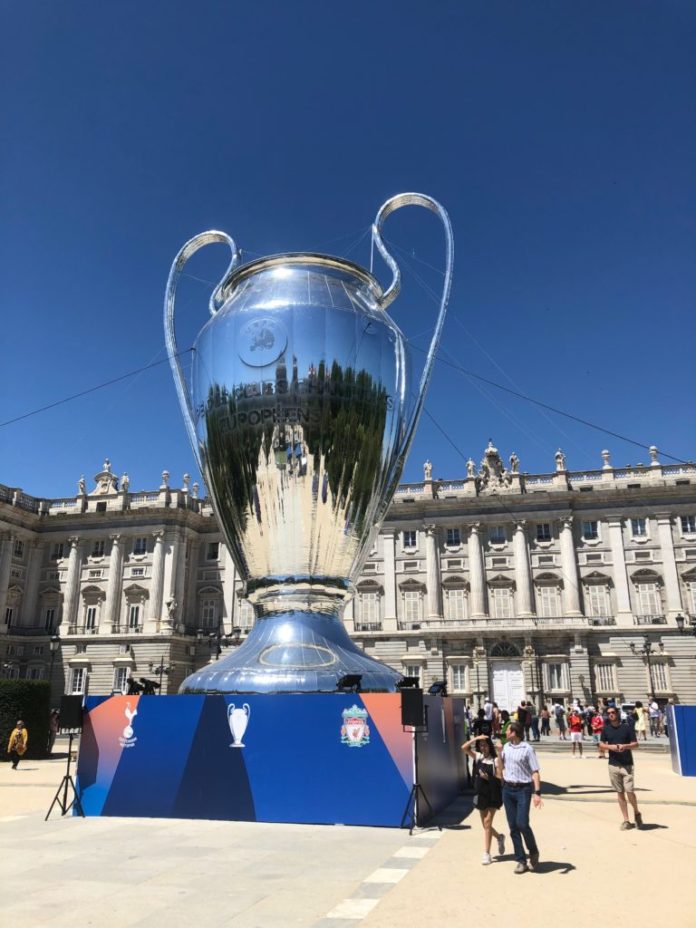 The trip to Madrid began at 2am on Thursday morning with a
drive to Dublin Airport for an early morning flight to Paris.

A couple of books purchased passed the time away, one of which, Peter Crouch’s ‘How to be a Footballer’, provided some entertainment for the four hour stopover in Paris Beauvais.

Madrid was baked in resplendent sunshine when I touched
down, greeted by my uncle Steven, a resident of Madrid since the early 1980s.

Our hopes or securing tickets for the game evaporated that
morning with prices quoted well over the amounts that we were willing to pay.

We soon reached the residential neighbourhood of Chamberi, my home for the few days.

A badly needed siesta later and Steven introduced me to the exquisite Japanese tapas bar, Yakitori, a stone’s throw from his residence. We frequented many times over the weekend.

Friday came with a trip to the Royal Palace of Madrid and then
we ventured into the middle of the city to sample some of the atmosphere.

We were encountered by a sea of red. Liverpool fans around Calle Mayor outnumbered their Spurs counterparts on a 4:1 ratio at an estimated guess.

The fans in red were in fine voice and it must be
highlighted that both sets of fans’ behaviour was becoming of the host city,
friendly and welcoming.

The nerves for the game on Saturday began to kick in around
midday. Liverpool’s favourites tag didn’t ease this fan who had sign so many
dark nights following the club for over 30 years.

Our venue to view the game was La Familia, another tapas bar, but more traditionally Spanish than Yakitori.

The bar was filled with Irish, English, Australians and locals with the majority also failing to get their hands on the priceless tickets.

Not that any of us in La Familia saw the opening goal as the
owner struggled to find the correct channel. You can imagine the frustration of
those thronged into the small bar!

As kick-off grew ever closer, the nerves began to dissipate.
Liverpool, if they played well would win. They got the perfect start with Mo
Salah sticking away a penalty after two minutes.

The rest of the game was poor. No point hiding around that
fact. Outside of a couple of decent saves by Liverpool keeper, Allisson, things
were relatively comfortable until Divock Origi made the game safe for Liverpool
with their late on.

So European Cup number six was secured and the Liverpool
fans, this one included, partied long into the night. The inevitable hangover
was nursed long into Sunday, but it was well worth it.

Jurgen Klopp has brought Liverpool to the very top of the
football world once again and more importantly made the fans dream again. Those
dreams came true last weekend.

This Liverpool fan travelled back already looking forward to
the coming season. Allez Allez Allez. Madrid you were sensational.

The post WATCH: Madrid – An unforgettable experience even without a ticket appeared first on Sporting Limerick. 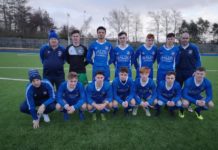 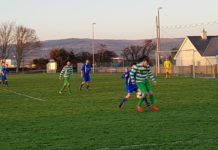