HE’S coached rugby stars from Bruff, guided city soccer to the Bernabéu, and brought hurling glory to Ballybrown.
And, while Jose Mourinho may have coined himself the ‘Special One’ — in Limerick, Dave Mahedy would be deserving of such an accolade.

Unlike Mourinho, Mahedy lacks ego; It’s been an extra weapon in his unique coaching armoury that has seen him secure silverware across sporting codes.

However, after nearly half a century developing Limerick sport, maestro Mahedy is hanging up his boots, sort of.

With “retirement looming on the horizon anyway” the 63-year old Dublin native is set to retire from his post as Director of Sport at University of Limerick.

He tells the Limerick Post he wants to depart while still “at the top” of his game.

Mahedy’s fingerprints can be traced on some of Limerick’s greatest sporting moments — from whence the die was cast in the late 70s/early 80s, when he and Eoin Hand coached Limerick United to their last League and Cup double, and onto Europe facing the mighty Real Madrid, to ensuring world-class training facilities at UL for the likes of UL graduate, Olympian, and European bronze medalist sprinter Thomas Barr.

There’s also a League victory with St Pat’s, a team he togged out for as a youth, around the same time  he was kicking another round ball, for Kilmacud Crokes, in his active Stillorgan.

There was “nothing sinister” in his decision to pass on the baton at UL, he stresses. Parting company had been on his mind “for a couple of years.

“I feel now is the right time to hand it over to the next generation,” says Mahedy, who believes he’s “hogged it for long enough.”

Mahedy hints a career in sports journalism may be on the cards. He’d “love to work in the media, in radio or writing”.
“You never know what’s around the corner,” he says.

Looking back on his coaching achievements, he says modestly: “I was in the right place at the right time”. As he says himself, he was “lucky”, but others know there was a little more to it than just luck.
It could have been so very different though for Mahedy, and for Limerick.

Around the time Munster’s historic victory over the All Blacks, Mahedy, along with Munster star and fellow Dubliner Tony Ward graduated with a Degree from the National Physical Education College, situated on the grounds of what was later christened UL.

Mahedy got called for an interview in Dublin “for a PE job”.
In the end he didn’t get the position. Dublin’s loss, Limerick’s gain.

Ward – who was launching his own sports store at the time in Limerick – called Mahedy back to manage the Thomas Street premises.

“Neither of us had any knowledge of retail,” jokes Mahedy.
“And, the rest is history.” Not quite.

Mahedy began engineering his own success story, just as 50 years previously his grandfather on his mother’s side was helping to build Ardnacrusha hydroelectric power station on city’s outskirts.

In ‘79 he started “working with Limerick United FC” alongside player-manager Eoin Hand, who later went on to manage the Republic of Ireland.

Their successful innings, qualifying for Europe, playing against Real Madrid, Spurs, and United, was during a golden era of soccer in Limerick. It also opened more doors to success.

In 1990, after returning to Thomond College as sports facilities manager Mahedy “wrote a wishlist to develop the campus, and, it’s great to say that, about 85 per cent of that has come to fruition,” he says.

With the college achieving University status in ‘89, it needed someone to deliver a sports campus to match academic achievements.

“Some said it couldn’t be done and we’d lose our shirt. We proved them wrong. Everything is in the one spot — a pool, weights, running track, physio, sports science, accommodation and restaurants etc,” he adds.

Another “huge achievement” for UL, again spearheaded by Mahedy, was scooping Cork Institute of Technology to win the right to set up the Munster High Performance Training Centre.
A host of famous Track and Field stars have also used the facilities.
Mahedy obliges, rattling off a few well known names: “Colin Jackson, Kelly Holmes, Paula Radcliffe, and at the moment our own Thomas Barr.

“In the very early days you would have had the Frank O’Maras and Ger Hartmans here. Sonia O’Sullivan was on the original UL Arena board of directors too,” he recalls.

“I’ve never really worked a day in my life, because I love it so much. It’s been an incredible job,” he continues.

He also found love here, meeting his Adare wife Kay, who works with special needs children in Lisnagry, while he was “helping to set up Special Olympics in 1979”.

Mahedy says it was one of his highlights at UL to host the Special Olympics Ireland Games, in 2010 and 2014. “They were huge events for Limerick and there was a huge personal satisfaction in that,” he says.

With further opportunities around the corner, the future looks bright.
“The plan, for now, is to “take a little time off and see where that takes me…possibly the media, I’d like that, but they might tell me, ‘it’s not your career, get back into sports management’”.

“Maybe I’ll run for mayor,” he jokes. ‘Mahedy for Mayor’ has a certain ring to it. 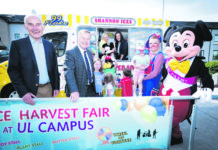 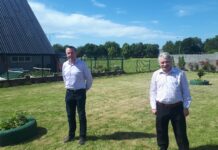 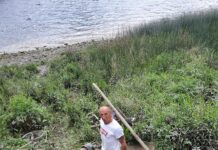